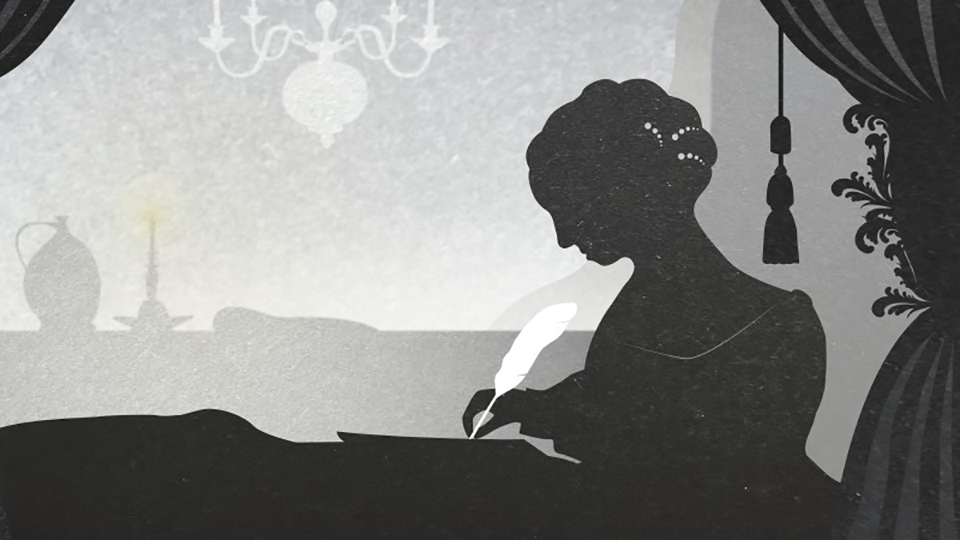 With the help of Loughborough University’s Professor Elaine Hobby, an expert in 17th century studies, the Archives has created a seven-minute video which tells the story of how Behn briefly became an undercover agent of King Charles II.

In 1666, Aphra Behn sat in her Antwerp apartment writing what would be another unanswered letter to English spy masters.

Her mission had been to convince her rumoured former lover William Scott to become an informant for the English and spy on the Dutch.

However, after months of being left in the cold, the 26-year-old had run out of money, was greatly in debt and despite Scott’s initial enthusiasm to act as a double agent she had also lost her target’s trust.

In a final attempt Behn, codenamed Astrea, wrote a desperate letter to Lord Arlington, the Secretary of State, asking for money and instructions.

‘Therefore my humble petition to your lordship is that I may have a final answer of what I am to do, and not let me be disgraced and ruined in a strange place where I have none to pity or help me.’ – Letter from Aphra Behn to Lord Arlington, 1666.

It worked, and she paid for her passage and returned home – though soon thereafter she was threatened with debtors’ prison.

Historians have been able to piece together the events thanks to 19 secret letters, held at The National Archives, in London, that Behn wrote while on her ill-fated mission in Antwerp.

With the help of Loughborough University’s Professor Elaine Hobby, an expert in 17th century studies, the Archives has created a seven-minute video which tells the story of how Behn briefly became an undercover agent of King Charles II.

The AHRC-funded project Editing Aphra Behn in the Digital Age also included the University of Leicester.

Prof Hobby said: “Seventeenth-century women were up to a lot more than people today often realize – partly because their lower status in their own day meant that they were regularly overlooked.

“As research now burrows down into archives and forgotten printed sources we are discovering that some of the most unlikely stories – such as a woman setting off for the Low Countries as a spy, and going on to make a living as a writer – are true.

“I have been working on the lives of women in this period for more than 40 years, but never a week passes without Aphra Behn teaching me something new.

“For instance, two of the Behn plays that I’m editing myself for The Cambridge Edition of the Works of Aphra Behn, The Rover (1677) and The Emperor of the Moon (1687) were so successful with audiences that they were onstage in London every season for decades after her death.

“As the production of The Rover at the Royal Shakespeare Company in Stratford-upon-Avon in 2016 showed so well, part of the reason for that popularity must have been the play’s great use of sword-fighting, song and dance: there’s never a dull moment.

“Interwoven with those high jinx, though, is a searing indictment of rape culture. It’s not possible to watch or read The Rover without being forced to think about how the threat of sexual assault keeps women timid.

“Behn’s The Emperor of the Moon, meanwhile, is full of glorious special effects – such as flying machines big and strong enough to fly in 12 people at once through clever use of levers, ropes and pulleys – and hilarious as, for instance, the character Harlequin sets out to tickle himself to death.

“The audience laughs, of course; but a major target of that laughter is the central male intellectual, a know-it-all who is dominating other people’s lives, and has to be stopped.

“There are another 15 or so plays I could tell you about, there’s fiction, poetry, French translation. Every work is different.”

Aphra Behn was born near Canterbury, in December 1640, to Bartholomew Johnson, a barber, and Elizabeth Denham, a gentlewoman by birth who also served at one time as a wet-nurse.

Behn is often credited with being the first female professional writer, having her first work – the play, The Forc’d Marriage – performed on the professional London stage in 1670.

Her most famous work, Oroonoko (1688), has been celebrated for its progressive views on slavery and colonial oppression.

Behn is also regarded as a pioneer of women’s rights.