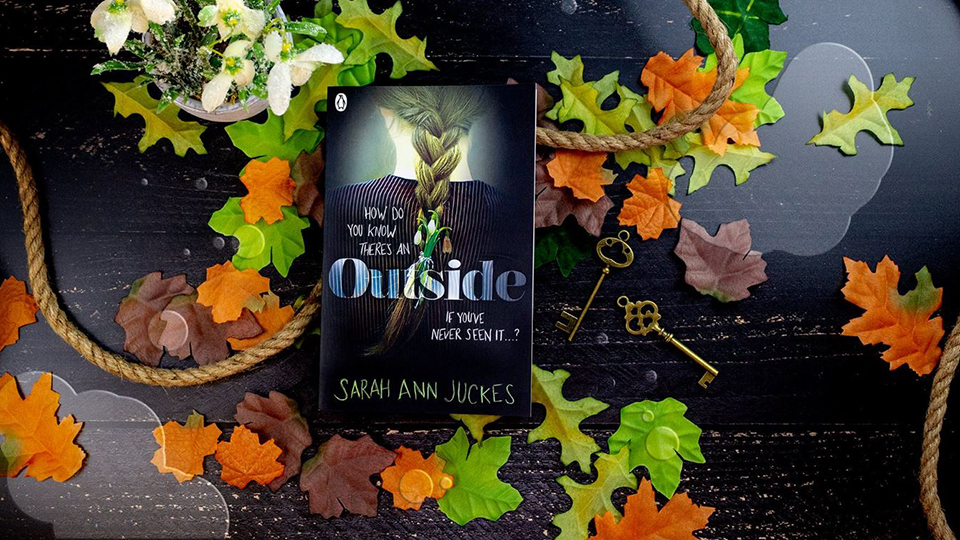 English graduate Sarah Ann Juckes has been nominated for the Carnegie Prize for her debut novel 'Outside'.

The CILIP Carnegie and Kate Greenaway Medals are the UK's oldest and most prestigious children's book awards, recognising outstanding writing and illustration in books for children and young people.

Sarah Ann Juckes, who graduated in BA English at Loughborough in 2010, has been nominated for her book Outside which is a dark, voice-lead thriller for young adults and above. Outside tells the story of Ele, who has spent her life trapped inside a small room with nothing but books and the Others for company. When she finds a hole in the wall, the truth of the Outside world starts leaking in.

Sarah said: “I wrote my first book before University and realised pretty soon that getting anything published was going to be near-impossible. I loved writing though, so I took every Creative Writing module I could as part of my English BA. At Loughborough, I fell in love with words all over again and learned how to push the boundaries of language to create something that felt entirely my own. More than that though, the tutors at Loughborough showed me that with enough hard work, even something as unlikely as getting a novel published is possible."

On the inspiration for Outside, Sarah said: “My mind works in mysterious ways and story ideas will often just pop into my head without any rhyme or reason. This one definitely had influences, though: Emma Doneghue's Room is one of my favourite books for its depiction of captivity through innocent eyes. The voice was also inspired by the brilliant Buffalo Soldier by Tanya Landman – a very different book, but with a beautiful voice.”

"This is well-written, sensitive on issues such as sexual abuse, and, whether in her tower or the outside world, Ele's voice and vision of the world will keep readers intrigued." Books for Keeps

"Impossible to put down - this is a writer to watch." C.J. Skuse

The list of nominations can be found here: https://www.carnegiegreenaway.org.uk/press.php?release=pres_2020_nominations_carnegie.html