James Joyce and Us: Anne Enright and Eimear McBride in conversation 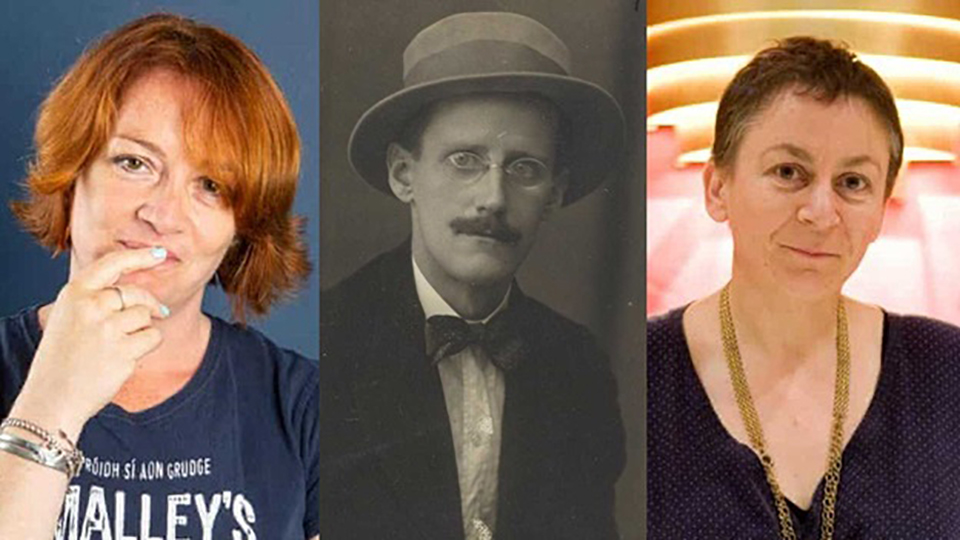 This event takes place in the British Library Theatre and will be simultaneously live streamed on the British Library platform. Tickets may be booked either to attend in person, or to watch on our platform (online) either live or within 48 hours on catch up.  In-person ticket bookers will also be sent a bonus link to the online event. Viewing links will be sent out shortly before the event.

The online version of this event will be live captioned.

They discuss what Joyce has done for them and for all of us: for women, for Ireland and the wider world. How Ulysses is a book both about the life of the mind and life lived in the mind; how it allowed language to flow and liberated the scope of literature, and how its honesty and provocation have played out over the century.

Online event bookers can buy a copy of the new edition of Ulysses, with an introduction by Anne Enright, with your ticket at checkout for £13.99 (with UK postage) and watch the event for free. International postage will be higher. Books will be posted out within 7 days after the event. Please ensure your address is up to date on your British Library account.

Anne Enright was born in Dublin, where she now lives and works. She has written two collections of stories, published together as Yesterday’s Weather, one book of non-fiction, Making Babies, and six novels, including The Gathering, which won the 2007 Man Booker Prize, The Forgotten Waltz, which was awarded the Andrew Carnegie Medal for Excellence in Fiction, and The Green Road, which was the Bord Gáis Energy Novel of the Year and won the Kerry Group Irish Fiction Award. In 2015 she was appointed as the first Laureate for Irish Fiction, and in 2018 she received the Irish PEN Award for Outstanding Contribution to Irish Literature.

Dr Clare Hutton is Reader in English and Digital Humanities at Loughborough University, and the curator of Women and the Making of Joyce’s Ulysses, a centenary exhibition at the Harry Ransom Center, University of Texas at Austin. She is the author of Serial Encounters: Ulysses and the Little Review (OUP, 2019) and editor of The Irish Book in English, 1891-2000 (OUP, 2011).

Eimear McBride was born in Liverpool in 1976 to Irish parents. The family moved back to Ireland when she was three and she grew up in Sligo and Mayo. Her debut novel, A Girl Is a Half-formed Thing (2013) won the inaugural Goldsmiths Prize in 2013 and the 2014 Baileys Women's Prize for Fiction and was named Irish Novel of the Year. It was followed by novels The Lesser Bohemians (2016) and Strange Hotel (2020). In 2021 Eimear published Something Out of Place: Women and Disgust, a polemical essay in book form.

If you’re attending in person, please arrive no later than 15 minutes before the start time of this event. We are committed to the safety of our event bookers. Find out how we are welcoming you to the Library safely.

The British Library is a charity. Your support helps us open up a world of knowledge and inspiration for everyone. Donate today.