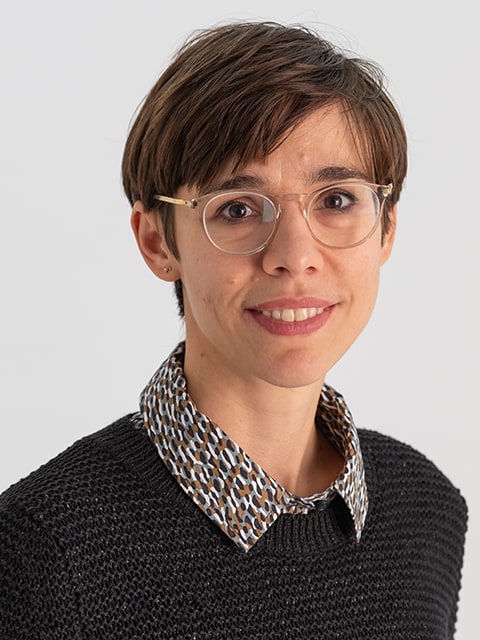 Alena joined the subject area in 2015 as a Lecturer in Communication and Media Studies. She studied sociology and Russian Studies in Vienna, Krasnodar and Saint Petersburg, before coming to Loughborough to conduct a PhD in Social Sciences (2010-2014). Alena worked in several national and international research projects in Austria and Germany, most recently as a Marie Curie Fellow at the Leibniz Institute for Regional Geography in Leipzig, Germany (2014-15).

Alena’s research focuses on memory, cultural identity and tourism, with a particular regional interest in the post-Soviet space.

She currently conducts research on the production and circulation of cultural memories in Russian tourism to post-Soviet cities. The research examines how tour guides and tourists construct local heritage and shared pasts and what consequences this has for present-day identities and relations. Research is being conducted in three different cities, Tallinn, Kyiv and Almaty, using a comparative ethnographic approach. Read more about this ESRC-funded research on the project website and the online journal EuropeNow.

Previous research has looked into processes of remembering and place-making in the context of border change. Alena’s PhD project examined the transformation of the Russian-Estonian border from an integrated borderland to an EU external border from a bottom-up perspective. Using ethnographic and narrative methods, it looked at how ‘ordinary’ people belonging to different ethnic groups and generations negotiate identity and place in relation to polarised official discourses. The research drew attention to the ‘messy’ realities of border change on the ground and argued for paying more attention to the role of memory in the study of borders and socio-political change. Key results have been published in the Journal of Ethnic and Migration Studies, European Urban and Regional Studies, East European Politics & Societies and Nationalities Papers.

Alena has a strong interest in engaging with external audiences through art collaborations. Together with the visual artist Eva Engelbert, Alena curated a multimedia exhibition (‘Welcome to European Union’) drawing on her research, which was exhibited in art galleries in Vienna, Salzburg and Loughborough and was awarded a price for interdisciplinarity by the Austrian Federal Chancellery in 2014. Together with Ele Belfiore, Alena represented Loughborough University as a Tate Exchange associate and was involved in “Who are we?”, a six-day cross platform event at the Tate in March 2017.

Alena is happy to supervise research students in the fields of memory and heritage; nationalism, national identities and ethnic relations; border studies; and post-socialism.