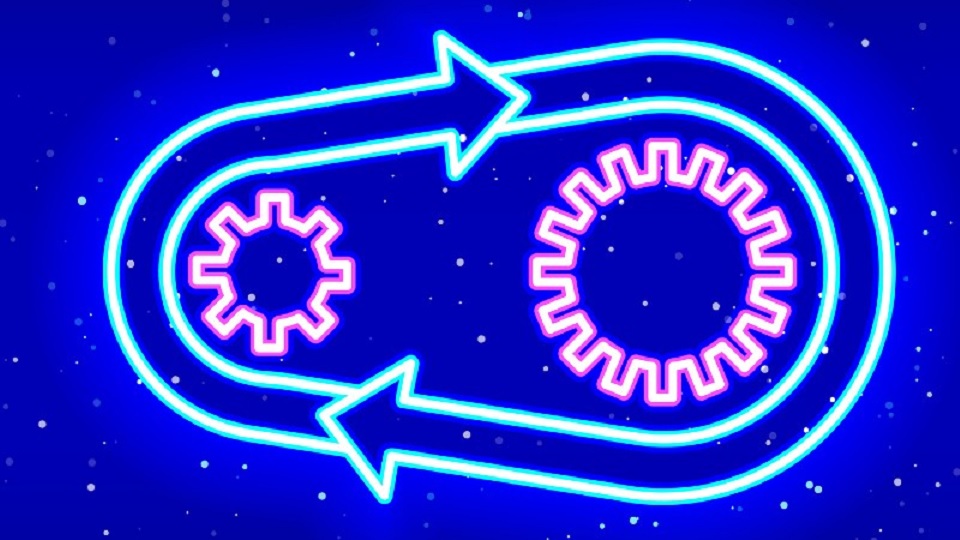 UK scientists have created an ‘eternal engine’ to keep the next generation of atomic clock ticking.

UK scientists have created an ‘eternal engine’ to keep the next generation of atomic clock ticking.

Precision timing is essential for systems such as global navigation, satellite mapping, establishing the composition of exoplanets and the next generations of telecommunication.  But atomic clocks are currently massive devices – weighing hundreds of kilograms – which need to be housed within precise, difficult-to-maintain conditions.

That is why scientists from around the world are racing to build portable versions that will work in real-world settings, and could replace existing satellite navigation systems, such as GPS and Galileo.

Now, research undertaken at the University of Sussex and continued at Loughborough University has solved a major stumbling block in the development of these portable atomic clocks, by working out how to reliably switch ‘on’ their counting device - and keep them running.

Microcombs are a fundamental part of future optical atomic clocks – they allow one to count the oscillation of the ‘atomic pendulum’ in the clock, converting the atomic oscillation at hundreds of trillions of times per second to a billion times a second – a gigahertz frequency, that modern electronic systems can easily measure.

Based on electronic compatible optical microchips, microcombs are the best candidates to miniaturise the next generation of ultraprecise timekeeping. They are cutting-edge laser technology sources, made up of ultraprecise laser lines, equally spaced in the spectrum, which resemble a comb.

This peculiar spectrum opens an array of applications blending ultraprecise time keeping and spectroscopy which could lead to the discovery of exoplanets, or ultra-sensitive medical instruments based simply on breath scans.

“None of this will ever be possible if the microcombs are so sensitive that they cannot maintain their state even if someone just enters in the lab," said Professor Alessia Pasquazi, who began this ERC and EPSRC funded project at Sussex before moving to Loughborough with her team, last month.

In a new paper published today in the journal Nature, research undertaken at the University of Sussex by Prof Pasquazi and her team has identified a way to allow the system to start by itself and remain in a stable state – essentially being self-recovering.

"We have basically an 'eternal engine' – like Snowpiercer if you watch it – which always comes back to the same state if something happens to disrupt it,” said Prof Pasquazi.

“A well-behaved microcomb uses a special type of wave, called a cavity-soliton, which is not simple to get. Like the engine of a petrol car, a microcomb prefers to stay in an 'off-state'. When you start your car, you need a starter motor that makes the engine rotate properly.

“At the moment, microcombs do not have a good ‘starter-motor’. It is like having your car with the battery constantly broken, and you need someone to push it downhill every time you need to use it, hoping that it will start.  If you imagine that usually a cavity-soliton disappears in a microcomb laser when someone simply talks in the room, you see that we have a problem here.”

Professor Marco Peccianti, who worked on the research at the University of Sussex and directs the newly funded Emergent Photonic Research Centre at Loughborough University, added: “In 2019 we had already demonstrated that we could use a different type of wave to get microcombs.

“We called them laser cavity solitons because we embedded directly the microchip in a standard laser and we obtained a great boost in the efficiency”.

“We have shown now that our soliton can be naturally turned into the only state of the system, and we call this process ‘self-emergence’.”

Dr Juan Sebastian Totero Gongora, EPSRC research fellow in quantum technologies in Loughborough explained: “It works like a simple thermodynamical system, which is ruled by ‘global variables,’ like temperature and pressure.”

"At atmospheric pressure, you are always sure to find water as ice at -5 degrees or as vapour above 100 degrees, whatever has happened to the water molecules before.”

Dr Maxwell Rowley, who obtained his PhD at the University of Sussex developing this system with Prof Pasquazi, and who now works with CPI TMD Technologies, a division of Communications & Power Industries (CPI), where work continues to commercialize the microcomb, added: “Similarly, when we set the electrical current driving the laser to the appropriate value, here we are guaranteed that the microcomb will operate in our desired soliton state.

“It is a set-and-forget system – an ‘eternal engine’ that always recover the correct state.”

The paper, Self-emergence of robust solitons in a micro-cavity, has been published in collaboration with colleagues at the University of Sussex, City University of Hong Kong, the Xi’an Institute of Optics and Precision Mechanics, in China, Swinburne University of Technology in Australia, the Institut national de la recherche scientifique (INRS) in Canada and the University of Strathclyde.

The pursuit of this technology is a key goal of the newly funded Emergent Photonics Laboratory Research Centre, which will focus on cutting edge optical technologies at Loughborough.

The microcomb is a core component for creating a portable and ultra-accurate time reference, which is critically needed for the current and next generation of telecommunication (5 and 6G+ and fibre communication), network synchronization (e.g. electrical network) and it will reduce our dependence on the GPS.

The self-emergent microcombs will be directly used in optical-fibre based calcium ion references, being pursued under Innovate UK support and the leadership of Professor Matthias Keller at the University of Sussex with CPI TMD technologies, and in a broader collaboration on Quantum Technologies including co-author Professor Roberto Morandotti at the Canadian Institut national de la recherche scientifique (INRS).

Prof Pasquazi said: “Microcombs are expected to revolutionize the telecommunication networks, which use many different colours to transfer as much information as possible.

“While networks currently use separate lasers for every colour, microcombs will provide a compact and power-efficient alternative, with the possibility of also transferring ultra-precise timekeeping.

“The pursuit of next generation telecom technologies is one of the goals of our collaboration with Swinburne University and co-author Professor David Moss.

“We are collaborating with their astronomy department, hopefully one day these ‘optical rulers’ will enable their search for exoplanets.”