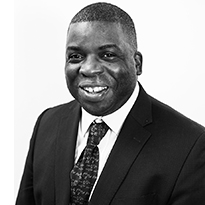 Professor Nira Chamberlain is listed by the Science Council as “one of the UK’s top 100 scientists”.

In 2015 he joined the exclusive list of 30 UK mathematicians who are featured in the autobiographical reference book Who’s Who. And in 2017 he became vice-president of the Institute of Mathematics and its Applications (IMA).

Nira’s PhD thesis “Extension of the Gambler’s Ruin Problem played over Networks”  was obtained from Portsmouth University in 2013, which he studied part –time while working as a full time Mathematics consultant.

As well as this, Nira is one of the few British mathematicians to have been discussed in the US book The Encyclopaedia of Mathematics & Society, which highlights two of Nira’s mathematical models and their impact in the field of supportability engineering of complex assets.

He has more than 25 years of experience of writing mathematical models/simulation algorithms that solve complex industrial problems. He’s developed mathematical solutions within many industrial sectors, including spells in France, the Netherlands, Germany and Israel.

Nira has also chaired and organised a mini-symposium at an International Mathematical Modelling Conference.

He invented his own long multiplication method and is one of the eminent speakers for the ex-BBC journalist Robert Peston’s charity Speakers for Schools.

In a video interview with the Cambridge University outreach project Plus magazine, Nira tells us how solving difficult mathematical problems can be like fighting an invisible boxer. He loves the feeling of having succeeded because “the harder the battle, the sweeter the victory!”

Nira’s recommendation to any aspiring mathematician is that “you don’t need anybody’s permission to be a great mathematician!”