Faster analogue computer could be based on mathematics of complex systems 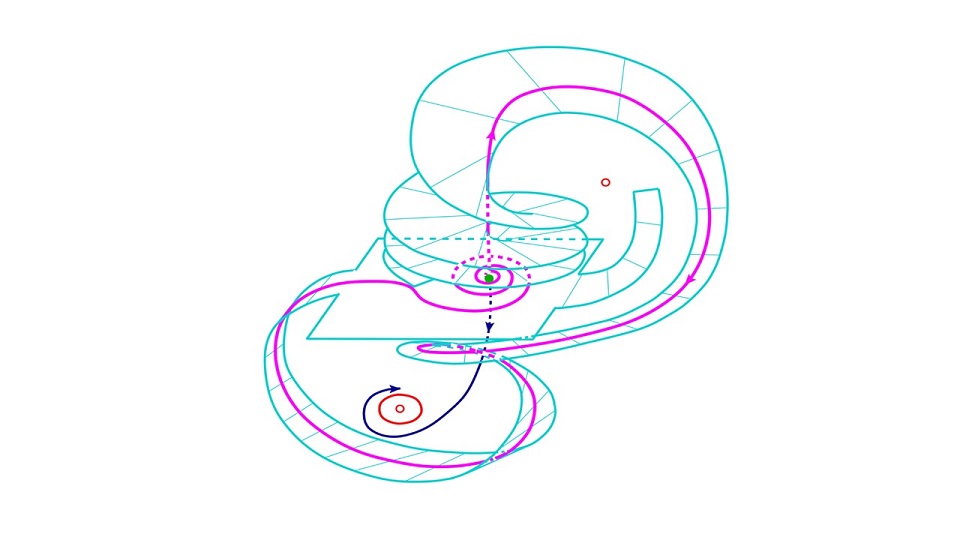 Researchers have proposed a novel principle for a unique kind of computer which would use analogue technology in place of digital or quantum components.

The unique device would be able to carry out complex computations extremely quickly – possibly, even faster than today’s supercomputers and at vastly less cost than any existing quantum computers.

The principle uses time delay to overcome the barriers in optimisation problems (choosing the best option from a large number of possibilities), such as Google searches – which aim to find the optimal results matching the search request.

Unlike algorithm-based optimisation, the procedure would not require complex decision-making and complicated computer code.

It could potentially be implemented without a digital computer based on the physical principles of analogue devices – ones that precede the digital age, such as old-fashioned television sets.

In theory, to operate the device, the user would turn a volume-control handle from the smallest to the highest setting, only instead of the volume, the operator would increase and then decrease the value of the time delay.

The proposal has been set out by Dr Natalia Janson and Dr Chris Marsden in two papers published in the AIP journal, Chaos (links below). 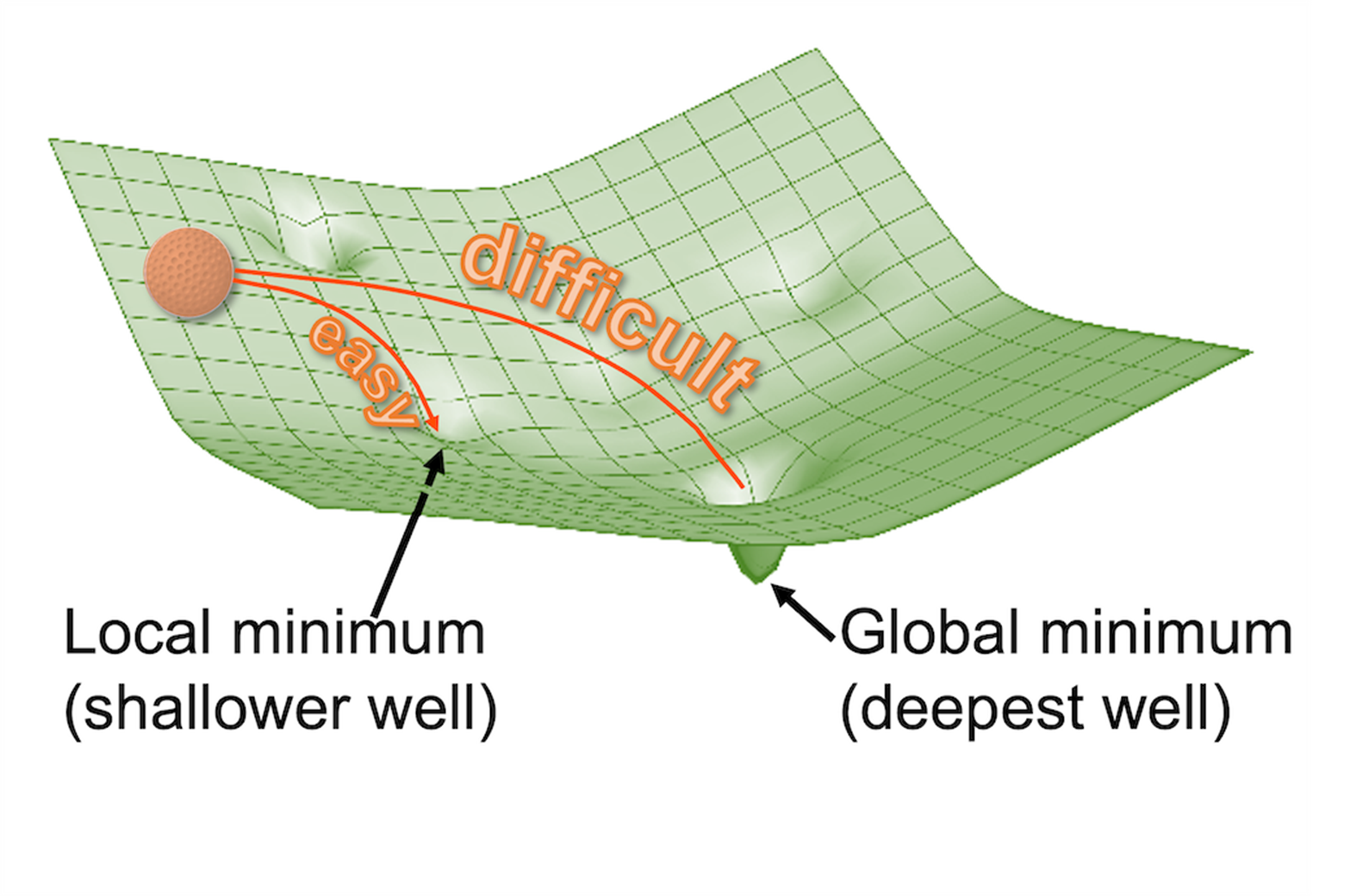 Image: Optimisation. Forcing a ball to travel between different wells, looking for the deepest

Dr Janson said that optimisation could be viewed as a journey of an imaginary golf ball on a landscape with many wells of different widths, shapes and depths, towards the bottom of the lowest well.

Any optimising device should have a mechanism forcing this golf ball to travel between different wells while looking for the deepest one.

“One can imagine the ground randomly shaking like in an earthquake and making the ball jump over the walls separating the wells,” she said. “Which is a typical procedure emulated by digital computers.

“Alternatively, the ball could, counterintuitively, penetrate the walls via quantum tunnelling, which is used in the existing quantum computers.

“The new alternative way exploits rather intricate phenomena occurring in nonlinear systems, which in mathematics are known as bifurcations.”

Bifurcation is a drastic change in the behaviour of the system after a parameter is changed by a negligibly small amount.

Dr Janson said: “In the proposed setting, bifurcations are evoked by incorporation of a time delay into the system, which serves as controlling parameter and whose increase effectively destroys the barriers separating different wells in the landscape and allows the fictitious golf ball to explore different wells.

“The removal of barriers via bifurcations caused by delay could provide another way to overcome the barriers in optimisation problems, in addition to climbing or tunnelling them.”

For a more detailed description of this research, download this PDF: Janson-optimization-delay-kudos22