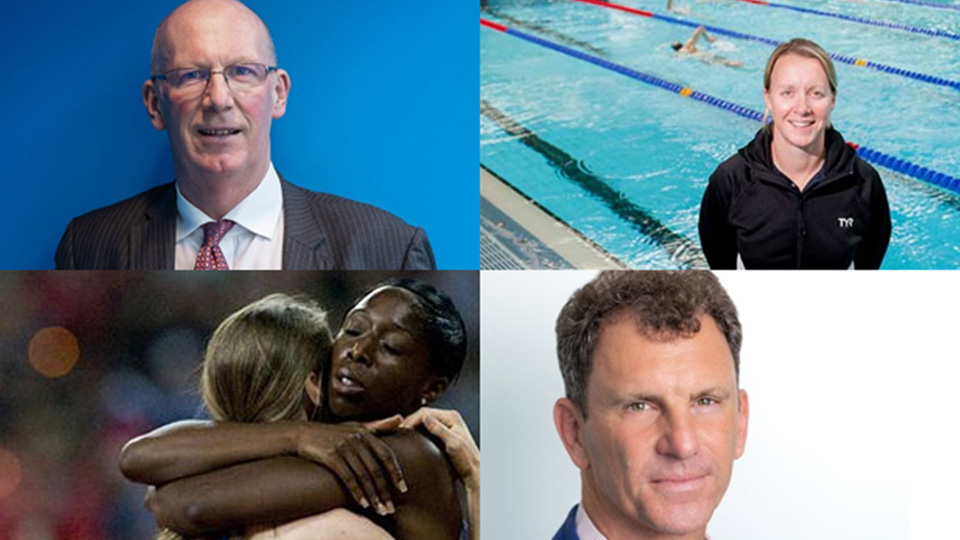 Five alumni have been recognised by Her Majesty the Queen in the 2021 Birthday Honours list. They are joined by the University’s Vice-Chancellor, Professor Robert Allison, the University’s Executive Director of Sport, John Steele, Lisa Wainwright, the CEO of The Sport and Recreation Alliance, and Jane Nickerson, Chief Executive of Swim England.

The list, published recently, has recognised alumni for their contributions to sports, charity work, broadcasting, reducing re-offending, and services to girls and young women.

Professor Robert Allison, Vice-Chancellor and President of Loughborough University has been made a CBE (Commander of the Order of the British Empire) for services to education and to supporting young people’s talent, equality and achievement. He was appointed as the University’s Vice-Chancellor in 2012. Professor Allison has been a driving force behind the Loughborough student experience.

An OBE (Officer of the Order of the British Empire) is awarded to John Steele, the University’s Executive Director of Sport. He has been recognised for his services to sport following an illustrious career which started as a professional rugby player. He has had various leadership roles in sport, including Chief Executive at UKSport, the Rugby Football Union (RFU), and the Youth Sport Trust.

Kelly Simmons has been awarded an OBE for services to Women’s Football. Kelly has worked for The FA for almost 30 years and is director of the women’s professional game, a role she has held since 2018. The alumna has overseen significant changes at The FA including the professionalisation of the Barclays FA Women’s Super League. Kelly gained a Postgraduate Certificate in Recreation Management in 1999.

Alumnus Paul Yates has also received an OBE for services to Her Majesty's Prison and Probation Service, reducing reoffending and public protection. Paul graduated with a master’s degree in Criminology and Criminal Justice in 1998 and worked for Derbyshire and Nottinghamshire Probation teams. In 2008 Paul joined Her Majesty’s Prison and Probation Service where he currently holds the role of Governor at HMP Lincoln.

Alumna Jeanette Kwakye is honoured with an MBE (Member of the Order of the British Empire) for services to sport and sport broadcasting. A former Olympian, Jeanette represented Team GB at the 2008 Games in Beijing, competing in the 100m and 4x100m. The alumna was three-time 100m British champion in 2007, 2008, and 2011. She retired from competitive sport in 2014 and took to broadcasting. The 2005 BA Politics with Economics graduate works for the BBC, Sky Sports, and Channel 5 and has reported at events such as the Olympic and Commonwealth Games for BBC Sport. She also published a children’s book, Femi The Fox, in 2017.

Another MBE is awarded to Mel Marshall for services to swimming and charity. She is a double-Olympian, five-time Olympic finalist, and took home six medals at the 2006 Commonwealth Games. She ranked number one in the world in 2004 when she broke the 200m freestyle record. Mel is now coach to swimmer Adam Peaty who has broken multiple world records. A number of other athletes – including Luke Greenbank and Sarah Vasey – are also coached by Mel. Outside of coaching, the alumna is a passionate fundraiser and has raised more than £100,000 for the Perfect Day Foundation. She was awarded an Honorary Degree by the University in 2018 and graduated from Loughborough College in 2009 with a BSc in Applied Sports Science.

For services to girls and young women, Amanda Medler (Physics 1988) has been awarded an MBE. The alumna is recognised for over 30 years of dedicated service to girls and young women as a Girlguiding volunteer. Amanda qualified as a Brownie leader whilst studying for her degree and has held numerous Girlguiding roles including county commissioner. In 2018 Amanda was appointed as Girlguiding’s chief guide, supporting a team of chief commissioners across the UK.

Jane Nickerson, Chief Executive of Swim England (part of the University’s SportPark) has received an MBE for services to swimming during the Covid-19 pandemic. Jane was a key figure in the fight to reopen swimming pools throughout the coronavirus pandemic and is a supporter of ensuring people can swim and enjoy water safely. Jane has been involved with swimming for over 55 years both as a competitor and in several roles at Swim England.

Lisa Wainwright, CEO of The Sport and Recreation Alliance, based on the University SportPark has been recognised with an MBE. The award is in acknowledgement for several roles Lisa has held in the sector including pioneering work on safeguarding for National Governing Bodies, the establishment of the Sports Strategic Partnership 4 Volunteers and the creation of standards for quality assured clubs. Lisa is also a proud role model and ambassador for the LGBTQ+ community.

Congratulations to our Honours recipients.