Thoralf Klein is a historian of modern China and a global historian. His research focuses on the relationship between China and the wider world in the last 200 years. He has published on a wide range of topics, including the history of religion (with special emphasis on Christianity and political religion), imperialism and (post-)colonialism, transcultural studies, media history, the representation of China in the West, and the history of German-Chinese relations.

Having received his doctorate in 2000 from the University of Freiburg (Germany), Dr Klein went on to complete his Habilitation at the University of Erfurt in 2007. In 2007/08, he was a Fellow at the College of Cultural Studies at the University of Konstanz. He is currently a review editor and member of the steering group at H-Soz-u-Kult: Communication and Information Services for Historians.

Dr Klein is currently working on a monograph provisionally titled Making History: The Boxer War and Its Media, 1900 to the Present.Based a range of textual, (audio)visual, oral and performative materials in Chinese, English, German, and French, the study explores how the different perspectives of participants, observers, memory and research contributed to construing an historical event.

In collaboration with Dr Kirsten Bönker (University of Bielefeld, Germany), Dr Klein has also recently started a project on Competing Socialisms: The Sino-Soviet Rivalry in Africa during the Cold War (1950s–1990). The project examines the competitive engagement of the Soviet Union and the People’s Republic of China in (sub-Saharan) Africa in the fields of development aid and economic cooperation as well as education and knowledge exchange. It will also examine how the two competitors sold their visions of cooperations not only to the target countries but also to domestic audiences.

Dr Klein has taught at undergraduate, Masters’ and PhD levels, developing courses on Chinese, East Asian and world/global history. At Loughborough, he teaches a first-year survey module on making and unmaking of the world order and has convened three out of five first-year history fieldtrips to Berlin. In the second and third years, he offers modules on China’s and East Asia’s interactions with the wider world, in which he draws on his broad research expertise in these fields. Dr Klein served as programme director for History in 2011–2014 and has recently been appointed external examiner for the MA programme in History at Nottingham Trent University.

Dr Klein has supervised doctoral dissertations and MA theses on the history of imperialism, war, migration, media, religion and the environment in China as well as other parts of East Asia and the world and invite postgraduate students to work with me in these and other related fields. 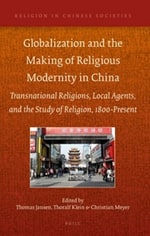 Globalization and the Making of Religious Modernity in China 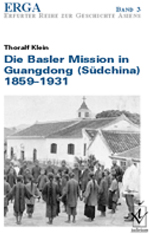