Phil is a Reader in Politics. He is the Head of the International Relations, Politics and History division and Chair of the Ethics in Public Life Research Group. He is also a member of the Executive Committee of the Britain and Ireland Association for Political Thought, an Associate Editor of Res Publica, and a former Director of Loughborough’s Centre for the Study of International Governance.

He is a political theorist, who has written on a range of topics. Most recently, he has worked on the challenges to democratic theory and practice posed by widespread declines in political participation, participatory inequality, and political lobbying. His work on lobbying has been influential among policy makers as well as professional lobbyists. Phil’s work on lobbying has been covered by many major media outlets, including Bloomberg, The Guardian, Le Monde, and Politics.co.uk. In addition to his academic publications, he also writes for a wider audience on websites such as The Conversation, Democratic Audit, and the Political Studies Association.

He has a BA from the University of Kent, an MA from the University of York, and a PhD from the London School of Economics. Before coming to Loughborough he was a Leverhulme Early Career Fellow in the Department of Politics and International Studies, Cambridge University, and a Fellow of Trinity Hall, Cambridge. He has also taught at Queen Mary University of London, and the London School of Economics. He has twice been a Visiting Scholar at the University of California, Berkeley (2009 and 2013). In 2018 he was Visiting Senior Research Fellow at Balliol College, Oxford, and Visiting Research Fellow at the Centre for the Study of Social Justice, Oxford. During the summer of 2018 he was also Visiting Researcher at Nuffield College, Oxford. He held a Leverhulme Research Fellowship during the academic year 2012-2013.

In addition to his academic posts, he was also a Director at the Hansard Society, and a Research Associate for the think tank Catalyst.

His specialist field is political theory, although he also publishes in the fields of democratic theory, British politics, and public policy. He is especially interested in the way political theory and political practice interact.

His current research tackles the challenges posed to democratic theory and practice by changing patterns of civic and political participation. Many liberal democratic states throughout the world are characterised by declining rates of citizen participation, a decline in traditional civic and associational life, low levels of political knowledge among citizens, and a breakdown in many of the norms and forms of behaviour that a lot of democratic theorists believe to be crucial to the health of democracy. They are also defined by the rise in the number and influence of unelected lobby groups of one kind or another, which have merged to fill the vacuum created by the absence of citizens. Yet these groups are under-theorised in mainstream democratic theory, which focuses on the relationship between states and citizens. His work tries to better theorise the appropriate role of unelected lobby groups in contemporary democracies, and argues for a re-conception of democracy which better fits the disengaged times in which we live.

He is currently writing a book bringing together these themes, entitled Hidden in Plain Site: Dark Money, Representation, and Power in 21st Century Democracy.

He has written two other books. His first, on the political thought of Karl Popper, was published in hardback by Continuum Press in 2010, and then in paperback by Bloomsbury in 2013. A Korean translation of the book was published in 2014. The book explores the influence of Popper's work on liberal and conservative political thought, and locates his work within contemporary debates in Anglo-American political philosophy and social thought. It critically assesses Popper's work, and draws upon the work of other thinkers and political philosophers in order to evaluate his place in the wider liberal and conservative traditions and the contribution his ideas make to wider normative debates about freedom, equality, and social justice.

His second book, co-written with Clare Chambers, is Political Philosophy: A Complete Introduction, published by Hodder in 2012. It is an introductory text book aimed at providing undergraduate and graduate students new to political philosophy with a foundation in the major debates which have shaped the discipline.

He has also written over 25 articles for peer-reviewed journals and edited volumes on a range of topics, including social justice, markets, multiculturalism, and migration, as well as nearly 40 essays, review essays, policy reports, and online pieces for policy makers and political practitioners. 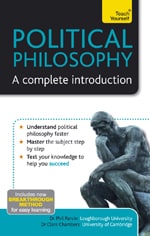 The book is designed to give you everything you need to succeed, all in one place. It covers the key areas that students are expected to be confident in, outlining the basics in clear jargon-free English, and then providing added-value features like summaries of key thinkers, and even lists of questions you might be asked in your seminar or exam. 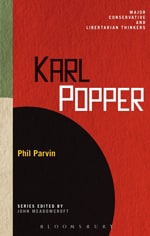 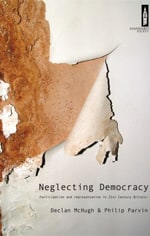 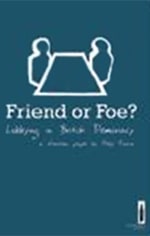