My activities outside the University have involved membership of international research advisory committees, particularly in France (Agence nationale de la Recherche, British Council Franco-British Alliance Programme, Centre d’études de l’emploi, Centre national de la recherche scientifique, Comité national d’évaluation de la recherche, Réseau des Maisons des Sciences de l’Homme, Paris Think Tank: Base Recherche Action INovation Santé, BRAINS). I acted as expert adviser to European and other International institutions, including the Council of Europe’s Committee on Social Policy for Families and Children, the European Commission’s High Level Group of Experts on Demographic Questions, Directorate-General for Employment, Social Affairs Inclusion, and the Council of Advisors of Population Europe. I have also undertaken consultancies for the British Council, ESRC, European Commission’s DG Research, European Science Foundation and European Universities Association. I was elected to the Board of Trustees of the Social Research Association in 2008. Since 2006, I have been a Visiting Fellow, Senior Visiting Fellow and Visiting Professor at the Centre for International Studies, London School of Economics, and in the same year, I became a Fellow of the Academy of Social Sciences. I was a member of the Academy’s Council between 2015 and 2018, and I have chaired its International Advisory Group since 2011.

These research activities have attracted external funding for international projects, publications, seminars and training workshops from the European Commission Framework Programme and Economic Social Research Council, among other funding bodies.

My single-authored book-length publications in the past two decades closely reflect these research interests. Family Policy Matters: responding to family change in Europe (The Policy Press, 2004) drew on the findings from a European Commission project funded under the Fifth Framework Programme, entitled ‘Improving Policy Responses and Outcomes to Socio-Economic Challenges: changing family structures, policy and practice’ (IPROSEC). My third edition of Social Policy in the European Union (Palgrave, 2007) spans 50 years of EU social policy, extending to 27 member states and covering a period of intense activity associated with enlargement to Central and Eastern Europe. My single-authored book, International Comparative Research: theory, methods and practice (Palgrave, 2009), builds on and develops the findings from seven series of research seminars and Cross-National Research Papers delivered over more than 20 years, together with analysis of the research methods adopted by a large body of other international projects. The work has been made available as an e-book together with a web companion. My most recent book - What Brexit Means for EU and UK Social Policy (Policy Press, 2019) - builds on and extends my previous work by considering in more detail the UK's perspective on social policy in the EU and the role that it played in both promoting and hindering European social integration, leading relentlessly the decision to leave the EU.

Between 2010 and 2012, I served as an academic consultant, based at the LSE Centre for International Studies, for an ESRC award under their Researcher Development Initiative. The project aimed to develop and deliver a programme of international social research methods training workshops across the UK and abroad. The workshops, which were delivered at venues in the UK and France, were designed to meet the needs of researchers who are engaged in, embarking on or using social research with an international dimension in all sectors (academia, local and central government, government agencies, voluntary and independent organisations) and from different scientific and linguistic cultures. One of the outputs from the project was a databank of International Social Research Methods Case Studies, hosted by ReStore, the Sustainable Web Resources Repository, under the auspices of the National Centre for Research Methods at the University of Southampton. Adapted versions of the international methods case studies have been published as SAGE Cases in Methodology. The goal of the collection, shared with the ReStore databank, is to help higher education students and researchers in other sectors to gain a better understanding of abstract methodological concepts and the realities of research in practice. 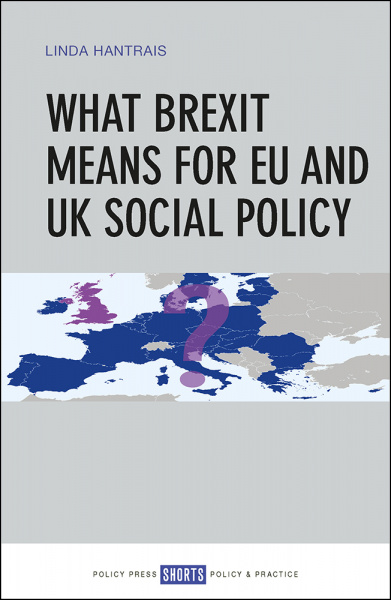 What Brexit Means for EU and UK Social Policy