Identifying ways in which athlete rights can be better embedded in policies, procedures and practices.

A series of recent wrongs have powerfully highlighted that athlete rights are not always respected in sport. There are three general categories of rights under international conventions: rights of protection, participation and provision.

This programme of research fundamentally aims to understand the extent to which athlete rights are respected in sport, identify ways in which these rights can be better respected and to work closely with stakeholders to embed evidence-based policies, procedures and practices.

Closing the loophole in Position of Trust legislation

In the United Kingdom, the age of consent for sexual activity is 16 years old. However, when an individual is in a position of trust over another person, the age of consent is raised to 18 (Sexual Offences Act, 2003). Currently, the definition of a Position of Trust is restricted to professions such as teachers, care workers and youth justice workers. When this issue was reviewed in 2010, the Government stated that ‘there did not appear to be sufficient evidence to suggest that children over the age of consent were routinely being abused in a sports setting’ and the position of vulnerability was not ‘sufficiently strong to justify bringing consensual relationships between 16- and 17 year olds and their coaches within the scope of criminal law’ (Stennett, 2010).

Dr Daniel Rhind has been working in collaboration with the National Society for the Prevention of Cruelty to Children and the Child Protection in Sport Unit to collate and analyse safeguarding case data in sport in a standardised way for the first time. This evidence was presented at a meeting of the All Party Parliamentary Group regarding the Position of Trust legislation. This evidence has under-pinned a potential change in legislation. On 9 March 2021, the Police, Crimes, Sentencing and Courts Bill was unveiled in parliament.

This new legislation includes: “…widening laws which prevent adults in ‘positions of trust’ from engaging in sexual relationships with young people under the age of 18, bringing sports coaches and religious leaders in line with other occupations such as teachers and doctors. The move follows an extensive review which raised concerns that predators could exploit the particular influence these roles can often have in a young person’s life – making them vulnerable to abuse.”

International Safeguards for Children in Sport

Research led by Dr Daniel Rhind has been fundamental to the development, implementation and evaluation of the International Safeguards for Children in Sport. This has involved on-going collaborations with a number of key organisations including UNICEF UK, the NSPCC, Keeping Children Safe, the Commonwealth Secretariat, as well as a variety of sports organisations working at the local, national and international levels.

The safeguards set out the actions that all organisations working in sport should have in place to ensure children are safe from harm. They reflect international declarations, the United Nations Convention on the Rights of the Child, relevant legislation, government guidance, existing child protection/safeguarding standards and good practice. The International Safeguards for Children in Sport are: 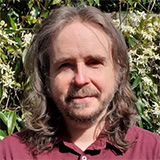 Dr Daniel Rhind is happy to collaborate on research or provide consultancy to your organisation regarding safeguarding, athlete welfare, rights or broader integrity issues.