Power to the people

They provide much-needed expertise to generalist politicians, increase the representation of marginalised groups, and represent a bridge between citizens and institutions.

However, existing outside formal democratic checks and balances, they are unelected and suffer a legitimacy deficit, and often disproportionately confer power on wealthy individuals and organisations.

Building on research dating back to 2007, Dr Parvin’s research analyses these tensions while establishing the role of lobby groups in democratic societies.

Shaping the environment and increasing understanding

Dr Parvin’s work analyses how social and political change have affected the role of lobbyists and their practice.

He has highlighted that changing patterns of citizen participation have increased the centrality of lobby groups and changed their internal structure – becoming less reliant on activist members and reorganising themselves as professionalised, hierarchical interest groups.

His work also explores the impact of economic inequality on the representation of marginalised groups by lobbying organisations, and the implications of unequal representation and political activity for democratic equality, inclusion, and decision making.

Adopting an emerging research approach, normative ethnography, he draws on both empirical data and the lived experience of political actors. This enables the impact of his work to flow in both directions – influencing both theory and, crucially, practice. 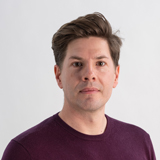