Geopolitics and security in the changing Arctic

Informing international defence and security policy in the Wider North

A complex web of changes is testing governance structures and fueling rivalry throughout the Arctic.

The UK and NATO alliance are at the forefront of efforts to maintain regional peace and stability as new challenges and opportunities emerge.

Our research on Arctic geopolitical and security trends has changed attitudes and policies within the UK Ministry of Defence, underpinning its first ever Defence Arctic Strategy. It has similarly informed the Estonian government’s perspectives on the region.

We have also helped NATO to better understand how the Arctic is changing – informing its Strategic Foresight Analysis 2021 which supports national defence policy planning across all 30 member states.

Contributing to the wider discussion

Institute of Advanced Studies – Spotlight Series 2020-21
Our international workshops explored the Arctic’s significance in key contemporary debates about the Anthropocene and Remote Geopolitics.

A growing number of states are anxious about how changes in the Arctic are likely to impact existing national defence, security and foreign policy interests. Our research addresses these concerns and informs evolving strategies towards the region.

Much of the work (2018-20) was conducted via engagement with UK Government, Estonian Government, and NATO civilian and military officials as well as other experts and stakeholders.

We have found that peace and stability in the Arctic are increasingly at risk. The interactions between climate change, emerging commercial competition, increasing military activity, and deteriorating relations among NATO allies and Russia pose a complex challenge.

These findings have revealed that the maintenance of regional stability is becoming a pressing security and defence priority for extra-regional countries and alliances, as well as Arctic states and people.

One of our key contributions has been the creation of an original dataset of the increasing number of military exercises in the Arctic. Challenging the claim that the region is one of low-tension, the dataset highlights the risk of military crisis which could have consequences beyond the Arctic.

Average Arctic temperatures have risen by 2.3°C since the 1970s

Four million people live in the Arctic, about 10% of them are indigenous 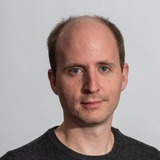 Lecturer in Geopolitics and Security