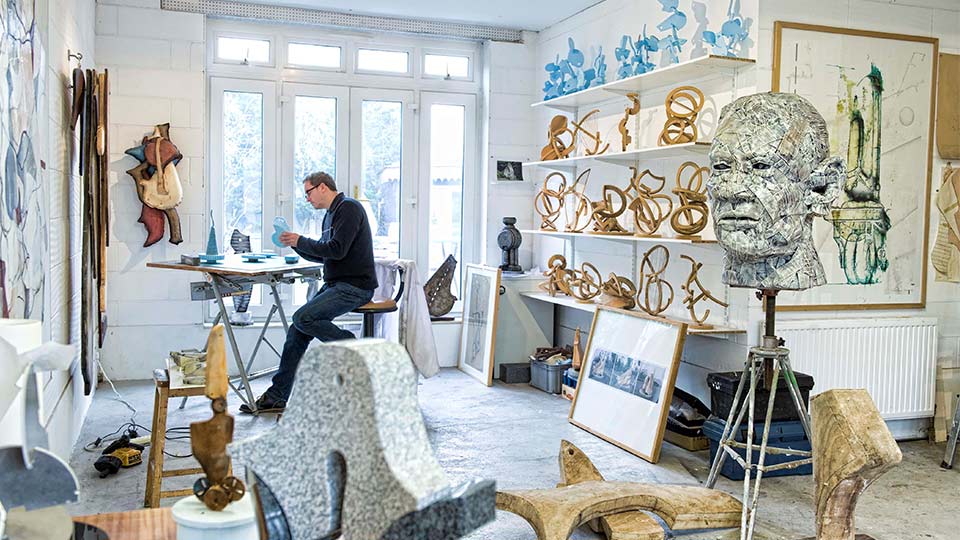 Vanishing Point will be on display at Felix and Spear Gallery from 2 February until 9 March 2019.

This is John’s first solo show in many years as most of his practice focuses on delivering public art and collaborations with urban regeneration projects worldwide.

It features work that has never been exhibited before, making it a rare six-week opportunity to view what goes on in his studio.

Vanishing Point has a focus on landscape and looks to showcase the connection between his wall-based artworks and sculptures.

The seeds of the new series are evident in John’s very early works where he explored spatial form and separation of picture planes in the wall-based artworks.

The landscape of John’s hometown in Teesdale, County Durham, was the focus for much of his early inspiration, alongside the industrial interface between the land and the sea in the North East of England.

His early work charted journeys throughout this landscape, capturing the transformational qualities of seasons, and particularly snowfall, which altered and simplified the rural landscape.

Influences such as Frank Stella (Exotic Birds) and Richard Diebenkorn (Ocean Park), as well as Mondrian’s drawings of trees, can be seen in his early artworks.

However, John has now deployed a distinct physicality to his pieces using collage alongside materials such as Perspex.

His use of digital media together with traditional methods of practice has permitted an experimental approach to the application of colour and form, used in preparatory drawing and prints.

The notion of landscape is evident in the Vanishing Point series, although the works are not studies of specific locations, they are a distillation of memories associated with landscape, which continues to influence his studio practice. 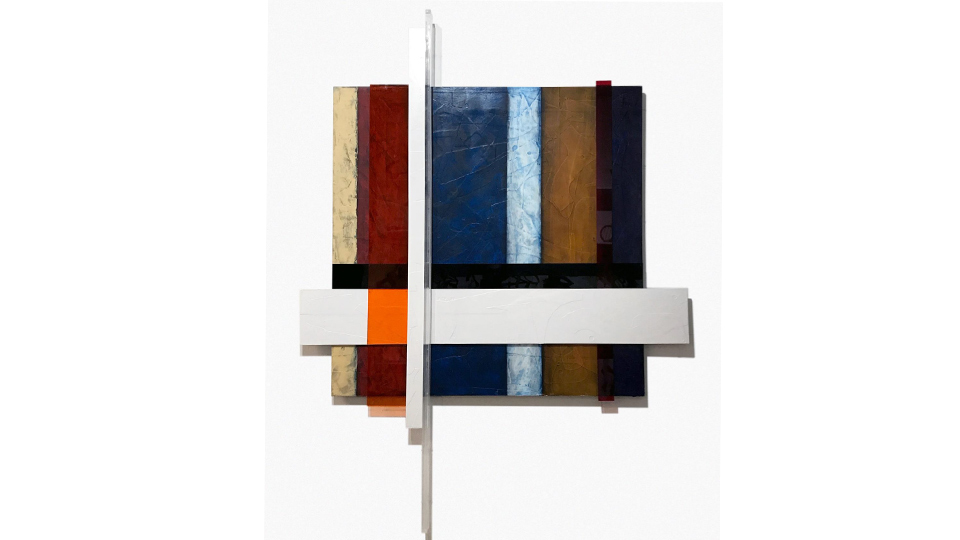 John, who had his MA sculpture course personally-funded by the celebrated Henry Moore, has had his work exhibited worldwide – with a recent success being the international Dialogue with the Emperor Qin’s Warriors exhibition – and at a number of high-profile venues.

He is Reader in Fine Art in the School of the Arts, English and Drama and recently received a prestigious University Award from Loughborough University, which has enabled him to explore the interface between digital and traditional modes of making.

John said of the upcoming expedition: “Vanishing Point comes at an ideal moment where I can demonstrate to a gallery-orientated audience the interconnection between my wall-based artworks and sculptures, which has been an ongoing interest for me since 1985.

“My recent University Award from Loughborough University has allowed me a concentrated period of time to consider how the relationships between my 2D and 3D practice can be augmented by digital platforms, creating fresh ideas for all areas of my studio practice.

“This year-long Award has allowed me time to test new ideas for sculptures and the exciting bi-product of this concentrated activity has flourished into uncharted territories of constructed wall-based artworks, one of which was recently exhibited at the Royal Academy of Arts.

“The rest of the work has never been exhibited, so it’s a great chance for the public to view what goes on in my studio!”

Further information on Vanishing Point and John Atkin can be found here.