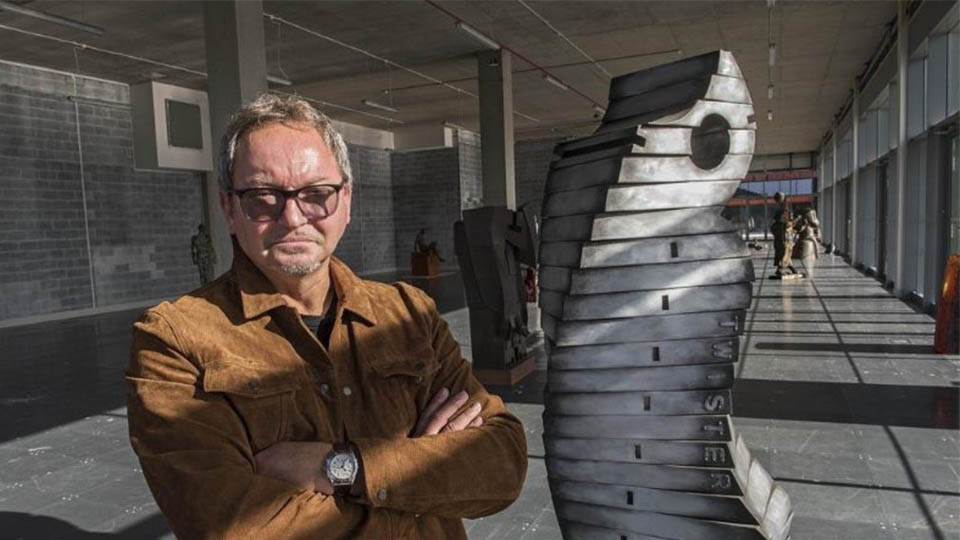 Dialogue with the Emperor Qin’s Warriors will be on display at the ULB Solvay Brussels School of Economics and Management until October 30.

The exhibition features the work of artists from every country in the EU as well as three from China. It was instigated by Dr Pick Keobandith, founder of Inspiring Culture, in 2011 to build on existing Sino-EU cultural relations.

Twenty-eight EU and three contemporary Chinese artists were invited by Dr Keobandith and Shaanxi Museum to visit the world-renowned Terracotta Warriors in Xian, China, and to consider ways that these icons of Emperor Qin’s reign could be reinterpreted.

Each artist made a sculpture that responded to this ancient collection in different ways, reflecting an aspect of their own individual culture within the EU. The results have already been exhibited throughout China and Europe at a number of museums and galleries.

The exhibitions have been an unprecedented success, drawing large crowds and international awards including EU 2012 Year of Intercultural Dialogue and The Trebbia Award.

A private view was held yesterday evening in Brussels to launch the exhibition amongst a number of key dignitaries, including Alison Rose, British Ambassador to Belgium.

John Atkin, Reader in Fine Art at Loughborough’s School of the Arts, English and Drama said: “The event was a great success and was attended by ambassadors from Europe and China. The speeches from these dignitaries focused on how trade and business often follow cultural initiatives such as this exhibition.

“The Head of Mission of China to the European Union spoke about the ever-increasing connections China is developing with EU universities, enriching research and enterprise opportunities.”

Brussels will be the exhibition’s penultimate location before it finishes its world tour in December 2017 at The Port of Antwerp’s new ‘Diamond Ship’ Zaha Hadid designed headquarters.