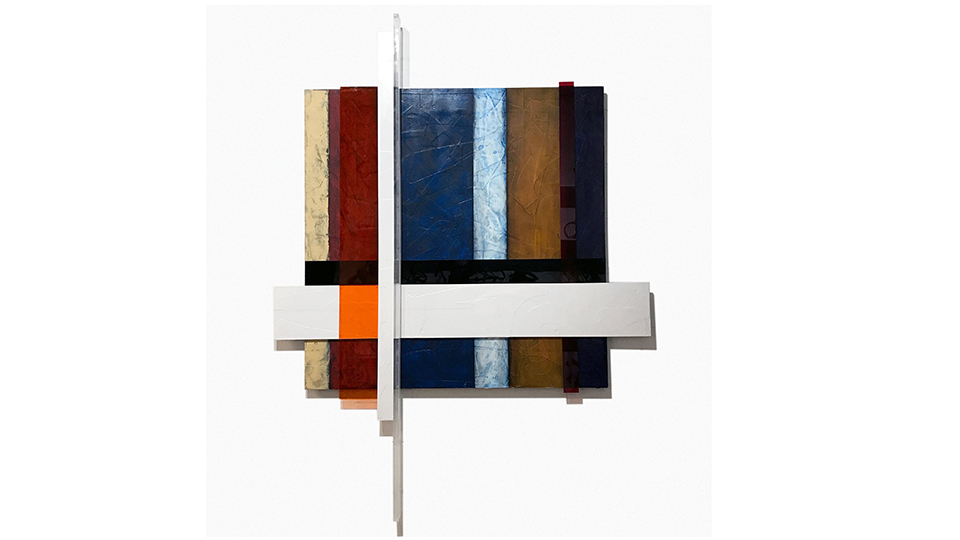 An academic from Loughborough University will have one of his pieces on display at the Royal Academy of Arts Summer Exhibition this year.

John Atkin, a Reader in Fine Art at the School of the Arts, English and Drama, announced his wall-based artwork Vanishing Point Nos.3 had been selected for the 250th year of the summer exhibition. John was one of the 65% accepted as part of an open call for the exhibition.

The exhibit in London will open its doors today (Tuesday 12 June) and remain open throughout the summer until Sunday 19 August.

Vanishing Point Nos.3 is an encaustic painting, in which coloured pigments have been added to heated beeswax and then applied to materials used in the piece, such as plywood and Perspex.

Combining traditional methods as well as digital media, the artwork is part of a series which explore spatial form and reflect memories associated with landscapes, inspired by artists including Frank Stella and Richard Diebenkorn.

John said: “I’m approaching the conclusion of my one-year long Fellowship Award from Loughborough University, and the opportunity to concentrate on my studio practice has reaped dividends both in 2D and 3D practice.

“To have the Royal Academy respond to one part of this output by including Vanishing Point nos.3 in their prestige RA250 Summer Show is a wonderful opportunity to raise the visibility of this hitherto unheralded part of my practice-based research.”

For more information about the Royal Academy Summer Exhibition, and to book tickets, visit the website.

Learn more about John Atkin’s work and view some of his latest instalments here.