The Robotics and AI lab in the Department led by Professor Qinggang Meng welcomes a new humanoid robot named “Pepper”.

The Pepper robot can recognise human faces and detect different types of human emotions, which enables it to interact with people through intelligent conversations, gestures and its touch screen. It’s a social robot that is mainly aimed at human robot interaction research.

It has already made quite the appearance at the recent School of Science open days, where it was the star attraction of the Computer Science department. Visitors were amused by Pepper and its interaction abilities and more importantly by its unique sense of humour. The Pepper robot has also started its research career with the team, as it’s currently being used by Undergraduate students for their final year projects, deploying the latest artificial intelligence algorithms for human, facial and objection recognition along with natural language processing, to enable the Pepper robot to achieve far more intelligent interactions than it could originally do. 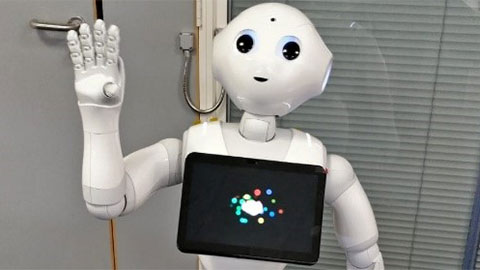 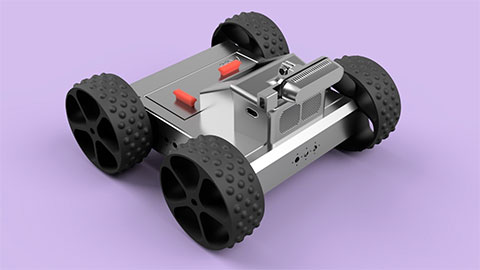 The team has also been building their very own robot. This robot will be used as a platform for teaching Undergraduate and Master’s robotics modules. The team are very happy with the robot that they have designed and built, as it allowed them to build a robot that will include all the latest hardware features that are needed to deliver a great Robotics and AI learning experience for our students.

This robot is equipped with state of the art sensors and devices such as NVIDIA’s Jetson Nano Developer Kit, Intel’s RealSense™ Depth Camera, a plethora of different sensors, motors and a touchscreen. This robot is capable of running some of the latest AI and deep learning algorithms, which along with Intel’s depth camera and other sensors will enable it to perform highly intelligent tasks. Another unique feature of this robot is that it’s designed and built in-house, which means it’s exclusive for Loughborough’s students, with the ability of improving it with the latest technology in coming years.