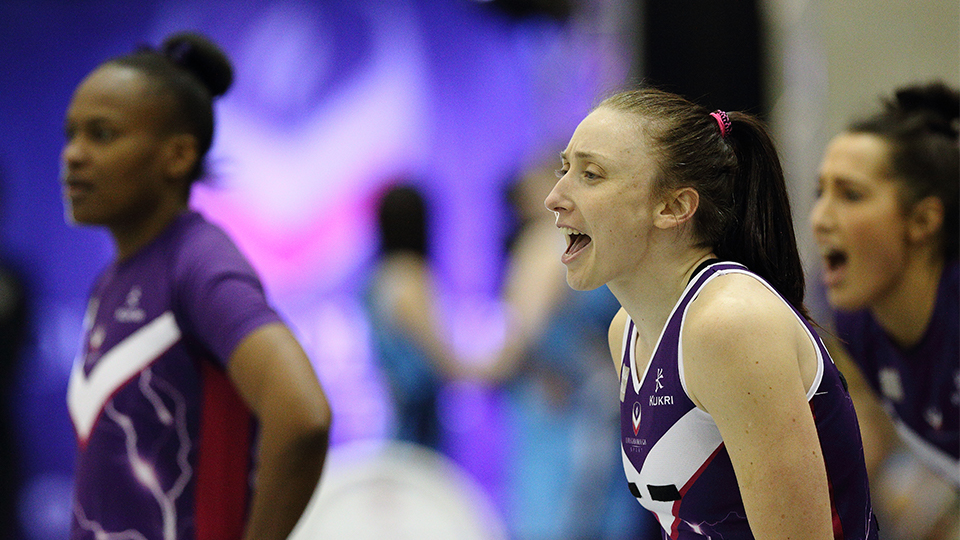 In the first of the New Year Honours from King Charles III, a group of alumni and other members of the University community have been recognised for their achievements across areas including sports, public service, and science and research.

Dr Martin Read CBE has been awarded a Knighthood in the honours list, eight years after receiving a CBE. The prestigious award recognises his services to industry and for public and voluntary service. Martin is the Chair of Wincanton plc and the UK Government’s Senior Salaries Review Body. In the past he has led on reviews of back office operations for the UK government and IT across the public sector. He has served on a number of boards including British Airways, Boots and Asda, and he was the Chief Executive of IT service company, Logica from 1993-2007. The University awarded Martin an honorary degree in the year 2000.

Alumna Jade Clarke has been awarded an MBE for services to netball. Jade has made 195 appearances for England, making her the most-capped netball player in the country’s history. Since her debut in 2003, she won three medals at the Netball World Cup and four at the Commonwealth Games. She was part of the historic team to win Gold at the 2018 Commonwealth Games in Australia which also secured the side a prestigious Team of the Year award at the BBC Sports Personality of the Year Awards. She graduated from Loughborough in 2006 with a degree in Sport and Exercise Science.

Dr Mike Thomas is awarded an MBE for services to the Welsh Male Voice Choirs of the Pelenna Valley and the Cynon Valley. For over three decades, Mike has contributed to one of the choirs. He has also played the organ for the last 20 years at his parish church. On retirement from his role as a teacher, Mike has had even more opportunities to pursue his musical endeavours. He spends five nights per week with more than 150 choristers across three choirs, Pelenna, Cwmdare, and Cwmback, who have sung nationally and internationally. Cwmbach also performed with Stereophonics at a gig in Cardiff last summer. Mike graduated from Loughborough in 1980 with a BA degree in Creative Design, before being awarded a Doctorate in Design in 2008.

Also awarded with an MBE is Lioness Ellen White. Recognised for services to association football, Ellen is England Women’s top goal scorer having scored 52 goals for her country. She helped the Lionesses secure victory as European champions in July 2022 and retired shortly after the momentous occasion. The forward played for Arsenal, Notts County, Birmingham City, and Manchester City. As well as a European Championship title to her name, Ellen was on the team who won bronze at the World Cup in 2015. She was joint top goal scorer in the 2019 World Cup, and also competed at the Olympic Games. Ellen earned a BSc in Applied Sports Science in 2010 from Loughborough College.

Hilary Marshall (née Bell) was awarded a British Empire Medal (BEM) for services to libraries. She is the former Treasurer of the Association of Senior Children’s and Education Librarians. She studied BA Library Studies at Loughborough and graduated in 1977. She has worked in library services throughout her career, including as the Head of Children’s Services for Derby Libraries.

Two members of University Council, the senior governing body of the University, have also been named on the honours list.

Paul Taylor, FREng has been named Commander of the Order of the British Empire (CBE) for public service. Until recently, he was Science and Technology Adviser for the Ministry of Defence. He spent more than 25 years in the UK public sector working for the Foreign & Commonwealth Office and the Ministry of Defence on matters of research and development, defence equipment, nuclear deterrence, chemical and biological defence, information technology and information security. Paul holds directorships at Beyond Blue Ltd, Morgan Stanley International PLC, and Morgan Stanley Bank International Ltd.

Professor David Price has been awarded an OBE for services to science and to research. He recently stepped down as Vice-Provost (Research, Innovation and Global Engagement) at University College London, having held the position for 15 years. Professor Price has more than 14,000 citations to his name and has published over 250 research papers and chapters.

Both Paul and David were recently co-opted to University Council as Lay Members and will serve three-year terms until 2025.

Many congratulations to the honours recipients.