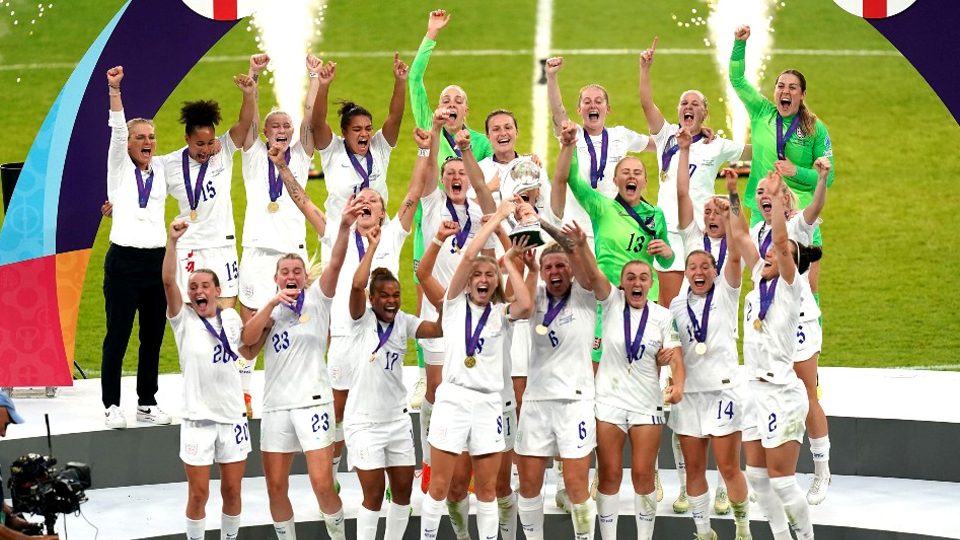 Loughborough University alumna Mary Earps has made history as England Women won a thrilling Euro 2022 in extra time at a sold-out Wembley stadium.

In an absorbing final, the Lionesses led through Ella Toone’s accomplished 62nd minute finish before Germany’s Lina Magul slammed home late on to take the game to extra time.

Goalkeeper Earps, who graduated with a degree in Information Management and Business Studies in 2016, produced another commanding display in front of over 87,000 passionate supporters in the capital.

In an unbelievable campaign, the Manchester United number one conceded just two goals in the tournament as England Women secured the top prize in international European football, making it the first time England senior players have brought home silverware since 1966.

Fellow Loughborough-linked athletes forward Ellen White – who gained a BSc in Applied Sports Science in 2010 from Loughborough College – and Jill Scott, who was also enrolled at the College on an Exercise and Health course, were constant menaces throughout as England held on amid jubilant scenes.

The Loughborough family would like to extend a massive congratulations to all the Lionesses.