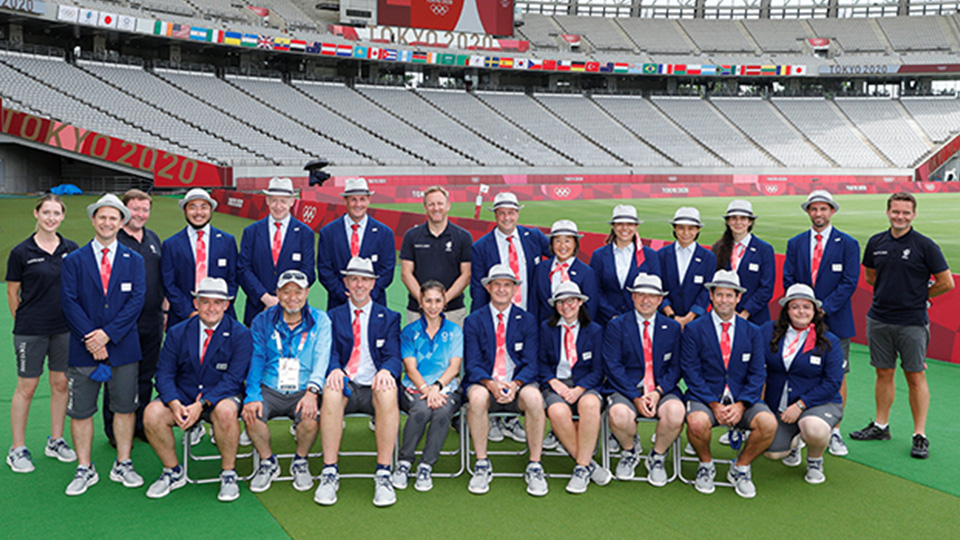 More than 100 Loughborough associated athletes and coaches have headed to Tokyo for this year’s postponed Games. In the Tokyo Games, Loughborough contributed 14 medals – more than 20% of Team GB’s total haul. During the Paralympics, Loughborough-linked athletes have won 20 medals, with two days left.

Athletes are not the only Loughborough-linked people involved in the Games as alumni have been reporting, commentating, and volunteering in Tokyo and beyond.

Here, we speak with alumni who have been on the ground and get an insider’s view of covering elements of the Games with BBC Sport.

Alumnus Nao Okumura, who graduated with an MSc in Sport Business and Leadership in 2019, was involved in the marketing of World Rugby for Sevens Rugby at Tokyo 2020.

“Every moment was truly an irreplaceable time, but the haka performed by New Zealand Women’s team after defeating the French national team at the final was just so emotional.

“In the silence of the no-audience venue, the echoing haka, which expresses respect and gratitude, was something I never have experienced before. The scene was printed deeply on my mind”.

We asked Nao why he wanted to get involved with the Games. He added:

“The reason is simple, I sincerely love rugby, and had no doubt that this opportunity, the Olympics in my home country, could be the once in a lifetime experience. I wanted to experience it directly, because I believe that the unforgettable memory would motivate myself for the rest of life”.

Alumna Katie Shanahan (pictured below), a former England Hockey player, is now a sports broadcaster. During the Tokyo Games, Katie was involved in the coverage on the BBC Red Button. 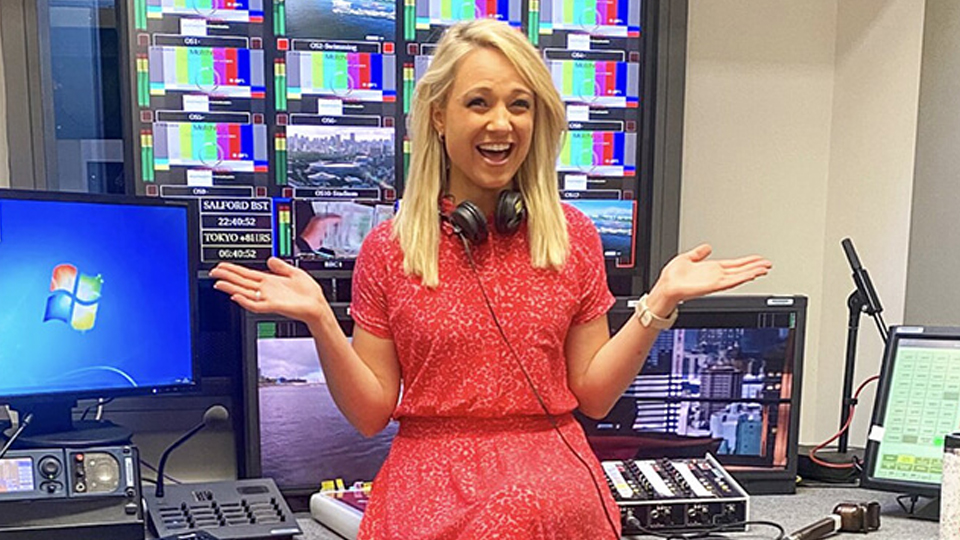 “It was a real privilege to cover Tokyo 2020 for the BBC this summer. As a former international hockey player, the Olympics is the pinnacle and same goes for broadcasting, so to be part of such a fantastic Red Button team, bringing those special moments to the nation, was something I’ll never forget”.

We asked Katie what her role was like on a day-to-day basis during the Games:

“My role during the Tokyo Games was effectively the ‘Voice of the Red Button’. I would be the one linking all of the 33 sports together. For example, if the Greco-Roman Wrestling had just finished and we wanted to cross live to the Boxing as a Brit was in the ring, I’d be providing commentary about what’s just happened and guiding the audience to the next event. I’d also have to keep viewers up to date with the highlights of the day, anything funny they’d missed and what else was coming up on the BBC’s coverage of the Games.

“Each day I’d arrive at the BBC Sport office in Manchester. Unfortunately due to restrictions with covid, lots of the production was done from Salford, not Tokyo. Firstly, I would liaise with the team and discuss with the producer about the highlights that day, before entering the recording studio where I’d find the overnight presenter who was ready to switch and ready for bed!

“Then it would be my turn in the hot seat for the next eight hours, bouncing around the Tokyo Games with the whole team working really hard to bring the best coverage to the millions of viewers watching at home”.

During such an exciting and busy time, what was the highlight? Katie continued:

“I loved the BMX. It was really impressive to watch, especially when Great Britain's Charlotte Worthington won gold in the women’s park freestyle Olympic final. She gave up work as a chef to focus on the sport in 2017 and is one of the many stories that helps to inspire the younger generation coming through. It’s what makes the Olympics so special.

“Overall, the highlight for me personally was working with such a fun and positive team. I’ve made loads of new friends, covered my first Olympics, and can’t wait for Paris in 2024”.

Thank you to Nao and Katie for sharing their insights into the Tokyo Games. Check back soon for the inside track on the Paralympic Games.

Check out Loughborough Sport coverage on our dedicated Paralympic Games website and via our Media Centre.