More than 100 Loughborough associated athletes and coaches went to Tokyo for this year’s postponed Games. During the Olympic and Paralympic Games, Loughborough-linked athletes won 35 medals across a range of events.

Penny Briscoe OBE (PGCE 1988) has over 30 years' experience in elite sport as an athlete, coach, manager and director. She has been the Chef de Mission at four Paralympic Games (summer and winter). We asked Penny what the role involves:

“The Chef de Mission is a term that means ‘team leader’ – so I lead the ParalympicsGB team at the Games. It’s not that simple in real terms and over a 5–6-year period I work with colleagues at the British Paralympic Association to design and implement a Games planning and delivery strategy. This is a complex task which requires detailed understanding of each Games environment and each ParalympicsGB team.

“Working with the National Governing Bodies, we aspire to being the ‘best prepared’ team at each summer and winter Paralympic Games and work hard throughout each Games cycle to ensure we are ‘Games-ready’ when it matters most.”

We asked Penny how Tokyo differed from other Games:

“The biggest differences were all Covid-19 related. The Japanese Government, Organising Committee and IOC & IPC all worked really hard together to come up with a plan to ensure the delayed Games were delivered in a safe and secure manner.

“We had to do lots (and lots) of testing – every day in fact. There were restrictions on who could enter Japan and once there our movements were restricted – team members basically travelled from village to venue(s) and back again. This all being said the Organising Committee did an incredible job not only in delivering safe and secure Games but also a successful Games.

“Set in Tokyo Bay, the village was fantastic and provided our team with a great ‘home away from home’ for our entire stay. The venues were spectacular, and to a certain extent the impressive sport presentation made up for the fact there were no spectators. The volunteers were incredibly welcoming, working hard to make our Games experience a positive one.” 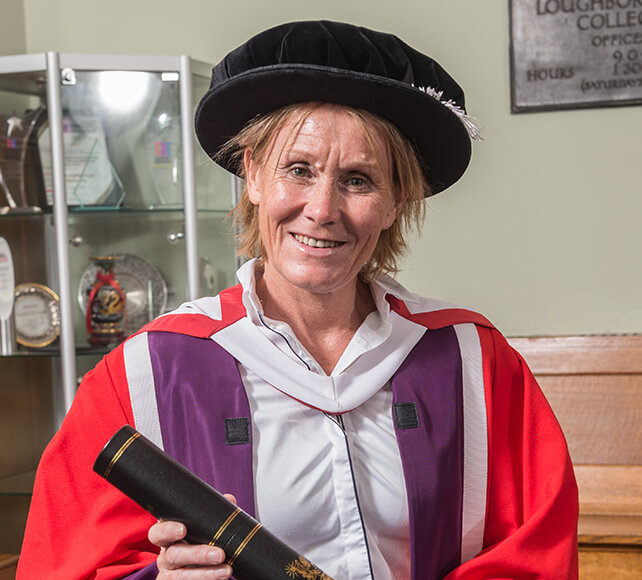 ParalympicsGB had a very successful Games. What were Penny’s highlights?

“Firstly, the fact that the 226 selected ParalympicsGB athletes got to Tokyo and had the chance to compete despite the Games delay and despite the challenges of the pandemic was a real achievement, reflecting system wide collaboration around our shared goal. Every single athlete and staff member contributed to a strong and cohesive team environment which was reflected in both the success of the team and a positive team experience.

“From a performance perspective – ParalympicsGB finishing 2nd on the medal table with 124 medals. But there were so many more memorable moments which will equally stay in our hearts and minds for years to come. The success of the wheelchair Rugby squad winning gold – their first ever Paralympic Games medal, the first time a European team had won gold, and it was the first ever gold for a ParalympicsGB team sport, too. The talent, pride and determination demonstrated throughout the sport since Rio has been remarkable and this success was hard fought, on and off the field of play, and very well deserved.”

Finally, we asked Penny what she is looking forward to in Para sport in the near future. She concluded:

“It was fantastic to see the athletes (without masks) celebrating in style at the Homecoming event in London recently. Restrictions on how long athletes could stay in Tokyo meant that it was impossible to share or celebrate success out there so the Homecoming event was a fabulous way to end what has been an incredibly demanding but ultimately successful Games campaign.

“And now it’s onwards to Beijing and Paris… I’m really looking forward to seeing the progress made by the winter sport athletes this cycle when they compete at the Beijing winter Games in less than 6 months’ time and, closer to home, to work collaboratively with system partners as we crack on with our Paris planning. Global standards continue to rise in Para sport and it’s more important than ever for us to leverage the system expertise and experience in our quest, once again, to be ‘best prepared’…” 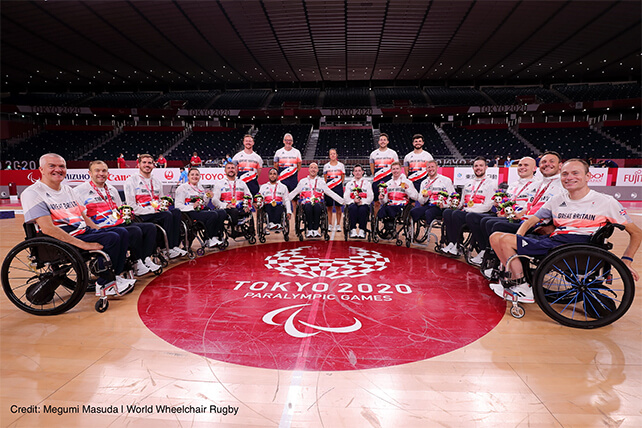 With GB Wheelchair Rugby winning a first Paralympic gold medal in Tokyo, we spoke to alumnus David Pond (BEd Physical Education & English 1978), who has just stepped down after 12 years as the sport’s Chief Executive, about the significance of the achievement.

“Wheelchair Rugby is a relatively young sport. The game was introduced as a demonstration event for the 1996 Atlanta Paralympic Games and following its success became a full medal sport in 2000 at the Sydney Paralympics.

“Until our win, the best any European team had achieved was a 4th place and that was GB in 2004 and 2008. Our gold medal is truly historic – not just a first wheelchair rugby medal for GB but a first for Europe and the first gold to be won by any GB Paralympic team sport since the games began in 1960.”

We asked David how GB Wheelchair Rugby have pulled together and worked to go from 5th place in Rio 2016, to achieve that gold medal in Tokyo. He added:

“Well firstly, it is the athletes and coaches who have turned it around and not me! What I have done is to try and maintain a high-performance environment by raising the money to enable the best possible individual and team training programmes and until COVID restrictions were imposed, provide opportunities for the team to play as many tournaments as possible against the top world ranked teams.

“The athletes, led by the coaches, looked at themselves and took greater ownership of their individual and collective performances and created their own team identity based on trust and a belief in one another. They had a desire to leave a legacy they could be proud of. I could not be prouder of them – they really ‘came of age’ in Tokyo!”

Finally, we asked David what the most important factor was in securing a medal at this summer’s Games:

“It is never just one thing, but I do think that our focus as a governing body on developing wheelchair rugby communities within a culture of trust, mutual respect, learning, challenge, and belief means that athletes can feel secure in putting their hand up to acknowledge their mistakes, knowing that their teammates are going to understand and support them.

“Everyone knows that winning or losing at elite level involves small margins and athletes are more likely to maintain their composure when under intense pressure if they know that if something does go wrong their teammates are going to be alongside them, sharing the mistake and fighting together for the comeback.”

Thank you to Penny and David for sharing their insights into the Paralympic Games. You can also get an insider’s view from the Olympic Games from two alumni.

Check out Loughborough Sport coverage on our dedicated Paralympic Games website and via our Media Centre.