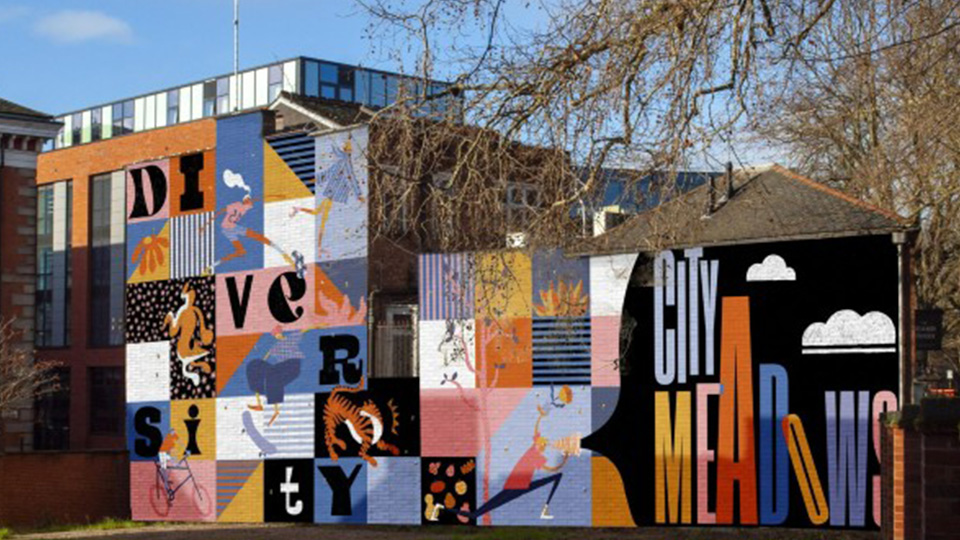 Graduate Clémence Bahout (Graphic Communication and Illustration 2021) has been featured as one of ten creatives in Creative Review’s annual Gradwatch showcase.

The showcase highlights art and design graduates who the organisation believe are producing outstanding creative work.

The feature highlights the alumna’s final year project at Loughborough, titled City Meadows: A New Approach to Urban Biodiversity in Leicester. Typography plays a major part in her project, which can be attributed to an interest sparked by a David Carson book found in the Loughborough University Library.

Featured in the 2021 Design, Creative Arts and Architecture Degree Show, the project is described as:

An inclusive and modern community garden designed specifically for the people of Leicester. The City Local Plan Report states that the city encourages the ‘use of vacant or derelict land and the use of incidental open space in housing areas’. City Meadows aims to use these spaces as gardens where city dwellers and biodiversity complete one another.

To accommodate such a project, the locations chosen are decorated with colourful murals which reflect the city's vibrant and diverse dynamic.