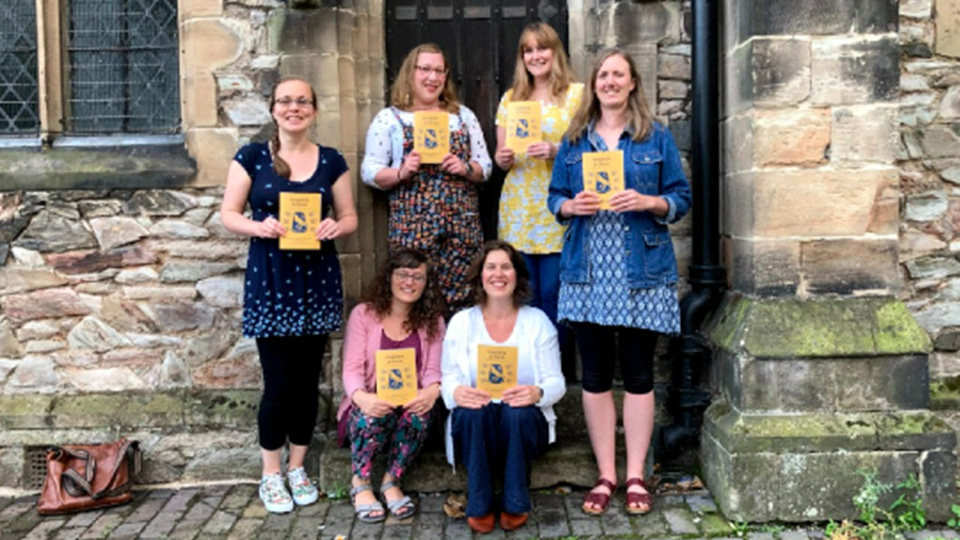 Three Loughborough alumni are amongst a group of six Loughborough-based women, who have published a zine of lockdown-inspired poems.

The group, Real Hopeful, each began writing poems separately during the lockdowns before coming together to work on the zine. The poems are accompanied by images from two local illustrators who also contributed poems to the zine.

‘It was fantastic to discover I wasn’t the only person in Loughborough taking pen to paper in 2020. It’s been really inspiring to work with other local women who have responded to this time with poems.’

Michelle Barnett (BA Illustration 2011), who contributed illustrations and poems to the zine, said:

‘It was wonderful to work together on this project after so much time apart, finding ways to mark this experience that are really beautiful and meaningful.’

Laura Baines, who edited the collection, as well as contributing her own poems, said:

‘We are a group of women who got through the toughest parts of lockdown by putting our thoughts onto paper in the form of poetry. With beautiful illustrations to accompany them, Songbirds and Sirens captures a time and place in our town’s history and, indeed, our world’s history.’

Songbirds and Sirens, a collection of 11 poems, will be launched at a free event at All Saints Parish Church, Loughborough on Saturday 25 September 2021, 4pm-7pm. At least 10% of profits from the sale of the zine will go to Unicef’s #DonateDosesNow campaign.