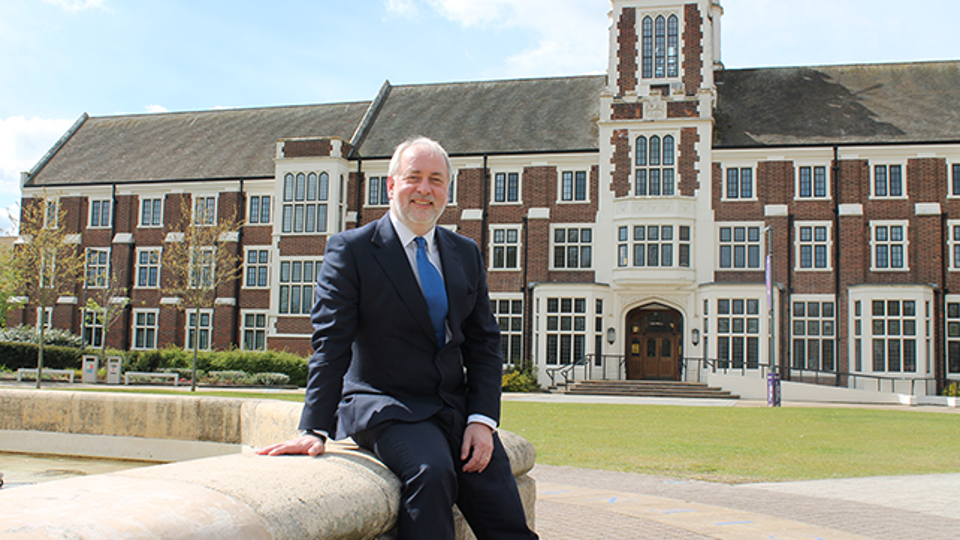 Loughborough has today welcomed Professor Nick Jennings CB, FREng, who has taken up the role of Vice-Chancellor and President of the University.

He has joined Loughborough from Imperial College London where he was Vice-Provost for Research and Enterprise.

Professor Jennings is an internationally-recognised authority in the areas of AI, autonomous systems, cyber-security and agent-based computing.

He is a member of the UK government’s AI Council, the governing body of the Engineering and Physical Sciences Research Council and chair of the Royal Academy of Engineering’s Policy Committee. Before Imperial, Professor Jennings was the UK's first Regius Professor of Computer Science (a post bestowed by the monarch to recognise exceptionally high quality research) and the UK Government’s first Chief Scientific Advisor for National Security.

Professor Jennings’ personal research focuses on developing AI systems for large-scale, open and dynamic environments. In particular, he is interested in how to endow individual autonomous agents with the ability to act and interact in flexible ways and with effectively engineering systems that contain both humans and software agents. He is passionate about the real-world impact of research and has been involved with deployments of systems in domains such as business process management, smart energy systems, defence, telecommunications, sensor networks, disaster response and citizen science. He is also involved with a number of start-ups including Aerogility, Crossword Cybersecurity, Contact Engine, Darktrace, Rebellion Defence and Reliance Cyber Systems.

In undertaking this research, Professor Jennings has attracted grant income of £33 million, published 680 articles (with over 400 co-authors) and graduated over 50 PhD students (including two winners and one runner-up of the BCS/CPHC Distinguished Dissertation Award). With 87,000 citations and an h-index of 129, he is one of the world's most cited computer scientists. He was the founding Editor-in-Chief of the International Journal of Autonomous Agents and Multi-Agent Systems and a founding director of the International Foundation for Autonomous Agents and Multi-Agent Systems.

Professor Jennings was made a Companion of the Order of the Bath (CB) in the Queen’s New Year Honours List in 2016 for his services to computer science and national security science. He has received a number of prestigious awards for his research including the Computers and Thought Award, the ACM Autonomous Agents Research Award, and the Lovelace Medal.

As a winner of the 2020 Lovelace Medal, Professor Jennings will give the BCS Lovelace Lecture, entitled Multiagent systems: The Dream, the Reality, on 12 October 2021, 4-6pm. For further information and to book a place, please visit the University’s events listings.