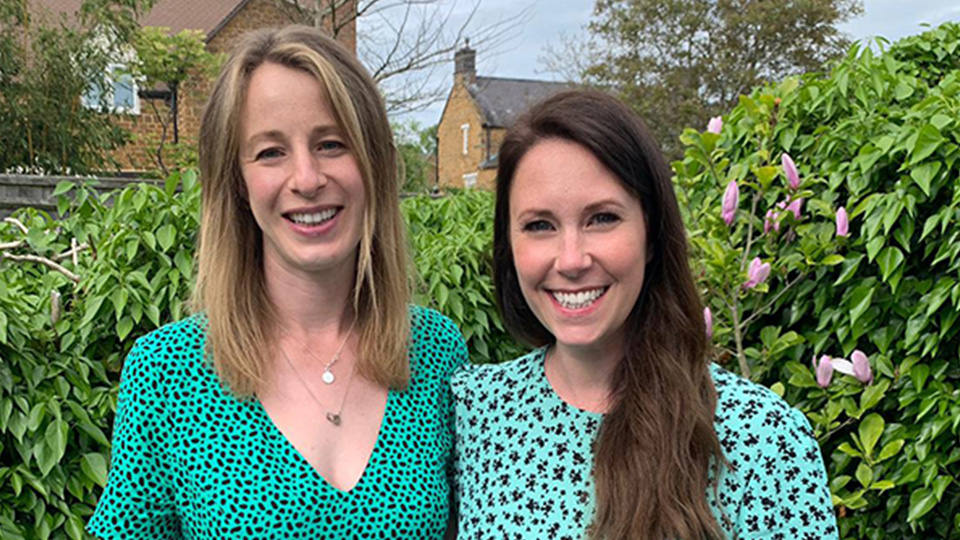 Hannah Moorcroft-Jones and Emma Haynes have written a book, “I wish Mummy could…” in aid of a cancer support charity, the Hummingbird Centre.

Hannah and Emma studied Drama and Graphic Communication, respectively, graduating in 2005. They originally wrote the book as a one-off to help another former student, Gemma West, who was struggling to explain to her then three-year-old son William why she could not do things.

The book has now been adapted to support other families where one of the parents has been diagnosed with cancer or another debilitating illness.

The two university friends now hope their book can help others in a similar situation talk to their children. They say:

“There is no easy way to talk to a young child about illness, but we hope the new book for children aged two to four will make things a little easier”.‌

All profits from the sale of the book will go to the Hummingbird Centre, a cancer support and therapy charity based in Launton, near Bicester, Oxfordshire. The centre relies solely on donations and volunteers to enable it to operate, and every penny raised goes back into the centre.

Gemma, who lives in Oxfordshire, was diagnosed with FAP (Familial Adenomatous Polyposis), a condition which causes people to be more at risk of developing bowel polyps and cancer, a day before William’s first birthday in March 2018.

Since then, she has had cancer of the bowel, liver and lungs and has had to undergo major operations and chemotherapy which left her unable to do the things she had previously.

“William seems to have grown up knowing Mummy is 'delicate' but over the last six months he has noticed me being unwell more and sees I'm unable to do things like drive and that I need to rest and can't play as much when I have had operations or chemo.

“Although he takes it in his stride, when I read him our book for the first time, he turned to me and said, ‘I wish we could do all this mummy’ and it made me realise just how much I had been missing doing all the things too”.

“We are delighted they have chosen us to benefit from the profits of the book. Hannah and Emma’s book will be an amazing resource for families with young children”.

The book is now available on Amazon.