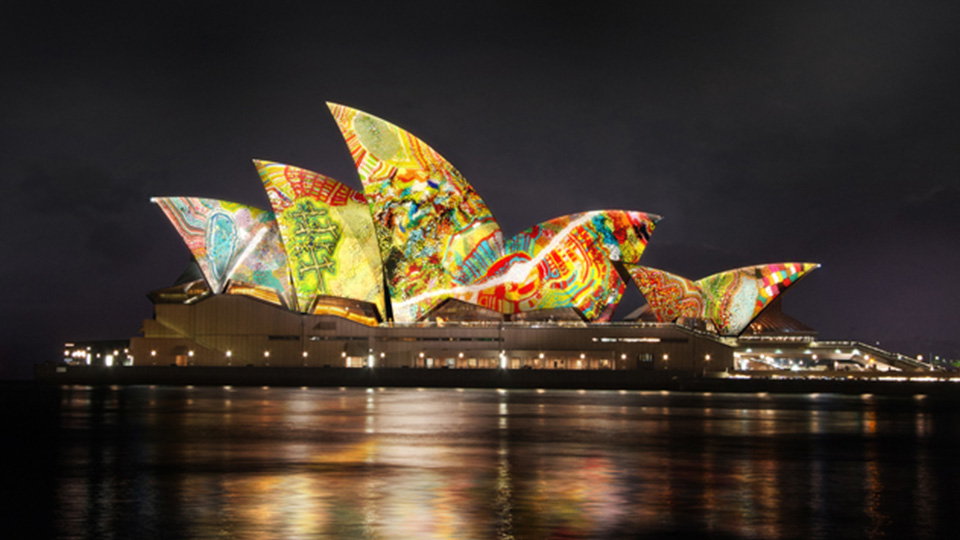 Lara Allen, is set to launch one of her most exciting projects to date – The Lighting of the Sails at the Sydney Opera House, Australia.

“We were privileged to have met with three of the Martu Artists who created Yarrkalpa -Hunting Ground - Parnngurr Area 2013, Ngamaru Bidu, Kumpaya Girgirba and Thelma Judson, who allowed us to see beyond the surface of the painting.

“It’s our responsibility to bring a sense of this authenticity to the animation. The painting is as much about passing down skills through generations as it is about creative expression.”

The Lighting of the Sails takes place between 6 and 28 August in Sydney.

Lara graduated with a BA degree in Painting in 2004.