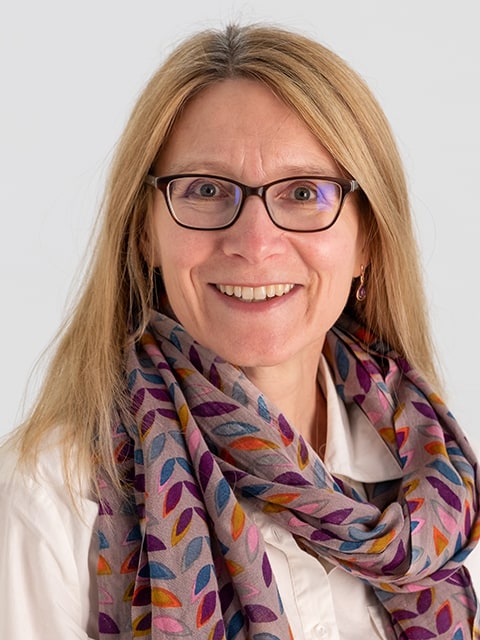 Line is an expert on religion, gender and race. Her interdisciplinary research examines women's and men's religious, gendered and racial identities and their experiences of discrimination and barriers to citizenship in everyday life. She has also conducted research on feminism and women's movements in Europe. An emerging research area is that of inequalities in higher education. Line is the main lead (together with Dr Pooja Goddard and Prof Heike Jons) of the Mini-Doctoral Training Centre ‘Unequal Academic Citizenship: Opportunities and Barriers to Participation and Inclusion of Cultural Diversity and Intersecting Identities in Higher Education’ (CITHEI; 2021-2024). She is also Loughborough's Institutional Lead for the ESRC Midlands Graduate School Doctoral Training Partnership. In 2020, her research on race and ethnicity as barriers to student achievement in higher education was shortlisted for a CALIBRE Research Award. Under her leadership as School Champion for Athena SWAN (2016-2019), the School of Social Sciences and Humanities achieved the Athena SWAN Bronze Award in 2019.  Line received the Vice-Chancellor’s Award for Excellence in Learning and Teaching in 2018 and Loughborough University’s Research-Informed Teaching Award in 2016. She obtained her PhD and MA in Sociology from the University of Southern California (USC), Los Angeles, USA, and has MA and BA degrees in Political Science from the University of Bergen, Norway. Line joined the School of Social Sciences and Humanities at Loughborough University as Lecturer in 2007.

Line’s research expertise covers religion, gender, feminism and women’s movements, migration and ethnic relations, citizenship and identities, and public policy. Her research has informed public policy work on integration in the UK and in Norway. In 2018 her research evidence featured in the report ‘The Ties that Bind: Citizenship and Civic Engagement in the 21st Century’, published by the House of Lords Select Committee on Citizenship and Civic Engagement, following on from her invited oral evidence and her written evidence to the Committee in 2017. In 2016 she gave oral and written evidence to the Citizens UK’s Citizens Commission on Islam, Participation & Public Life. Her evidence was quoted anonymously in UK Citizens ‘The Missing Muslims’ report published in 2017. She has also written articles on gender, religion and integration for the academic blog The Conversation.

Line's book Religion, Gender and Citizenship: Women of Faith, Gender Equality and Feminism (with Beatrice Halsaa; Palgrave Macmillan, 2016), has been called a 'landmark contribution to scholarship'. The book, which has since been reviewed in multiple international journals, explores views and experiences of Christian and Muslim women living in Norway, Spain and the United Kingdom in relation to their faith, identities and citizenship. It also examines their views on gender equality, women's movements and feminism. Line has also written about the relationship between lived religion and lived citizenship in the journal Citizenship Studies (2015). In a further research contribution (Social Compass, 2017), Line has proposed a typology of different secular feminist approaches to religion in Western contexts (read here).

Line’s earlier book, Majority-Minority Relations in Contemporary Women’s Movements: Strategic Sisterhood (with Beatrice Halsaa; Palgrave Macmillan, 2012; has been reviewed in numerous journals, including The Sociological Review, NORA - Nordic Journal of Women’s Studies, the International Journal of Iberian Studies, and more. The book compares and contrasts contemporary women’s movements in Norway, Spain and the United Kingdom, with particular attention to relations between women from ethnic majority and ethnic minority backgrounds within women’s movement organisations in these three countries.

The above books have emerged from the research project Gendered citizenship in multicultural Europe: The impact of contemporary women’s movements (see www.femcit.org), funded by the European Commission. Line was Work Package Leader for the theme “Multicultural citizenship: Intersections between feminism, ethnic identity and religion”, and led an international, collaborative team of researchers. Her work within FEMCIT also included a study of how women’s movement activists understand citizenship (see Nyhagen Predelli, Halsaa and Thun 2012).

Line has initiated, worked on and led research projects that have investigated the experiences of ethnic minorities, including Muslim women and men, ethnic minority women’s organisations, and immigrant organisations. Her research in Norway on the participation of Muslim women in mosques and on Muslim women’s diverse views on gender relations has been published in the European Journal of Women’s Studies and in Gender & Society.

In a project sponsored by the Research Council of Norway, she studied immigrant organisations in Norway with a view to their involvement in political decision-making processes. The project followed on from her previous research on the national political influence of ethnic minority women’s organisations, jointly commissioned by the Norwegian Research Programme on Power and Democracy and the Norwegian Ministry of Children and Family Affairs. Line also led the evaluation of the Contact Committee for Immigrants and the Authorities in Norway, commissioned by the Norwegian Ministry of Local Government and Regional Development.

Line has also undertaken significant historical-sociological research on gender and religion, published in her book Issues of Gender, Race, and Class in the Norwegian Missionary Society in Nineteenth Century Norway and Madagascar (The Edwin Mellen Press, 2003) and in multiple journal articles.

Line is an expert in the sociology of religion and in the sociology of gender. She teaches the undergraduate modules Gender, Sex & Society and Religion & Society, the latter of which includes a student field trip to a religious place of worship. Line also teaches Social Research Methods and Advanced Social Research Methods, as well as Introduction to Sociology. At postgraduate level she has taught the module Sex Industries, Feminisms and Women’s Movements. Line is Senior Fellow of the HEA. In 2018 she received the Vice-Chancellor’s Award for Excellence in Learning and Teaching, and in 2016 she received the prestigious Loughborough University’s Research-Informed Teaching Award.