Dr Lee Taylor specialises in environmental extremes (heat, cold and hypoxia), harnessing their therapeutic potential to enhance rehabilitation or preparing elite athletes to compete in them.

Exposure to environmental extremes of heat through ‘sweat houses’ were seen as early as 1800 BC (The Maya peoples) due to their purported medicinal, therapeutic and rehabilitative effects. Indeed, Hippocrates, Ruhpos of Ephesus and Oribasius of Constantinople, amongst many others, all promoted the ‘healing’ powers of heat therapy to cure nearly all aliments.

Environmental extremes other than heat [e.g. cold exposures, low oxygen air (hypoxia) and increased air/oxygen pressure (e.g. hyperbaria)] can also favorably alter disease states in clinical/special populations, whilst becoming a key tool in the rehabilitation of physically active populations and elite athletes. Within the latter, environmental extremes can accelerate their return to play following injury and enhance recovery between bouts of training and/or competition. Some environmental extremes can also behave as an exercise-mimetic – bioactive compounds that activate signaling pathways to simulate exercise-like benefits.

Projects within this space are using a multi-disciplinary approach to understand the fundamental physiological responses when exposed to environmental extremes and how best to utilise these within rehabilitation scenarios. Indeed, there is emerging evidence that such exposures, at least in part, behave as an exercise-mimetic in physical activity compromised individuals and active populations (including elite athletes undergoing rehabilitation).

Areas of interest include, but are not limited to:

Dr Lee Taylor is a Reader in Exercise & Environmental Physiology in the School of Sport, Exercise and Health Sciences at Loughborough University. He specializes in environmental extremes (heat, cold, hypoxia and hyperbaria), harnessing their therapeutic potential to enhance rehabilitation or preparing elite athletes to compete within them.

He has ongoing research collaborations across the globe and is accredited by the British Association of Sport and Exercise Sciences (BASES) and Exercise and Sports Science Australia (ESSA) whilst holding Chartered Scientist (CSci) status. Additionally, he is Fellow of the American College of Sports Medicine (FACSM), European College of Sport Science (FECSS) and Higher Education Academy (FHEA).

Dr Taylor and his wider international collaborative network are interested in optimizing a combination of environmental exposures to enhance rehabilitation (physical and psychological) and accelerate recovery between bouts of physical activity (whether that be an elite athlete performing at the highest level or those engaging in recreational/occupational pursuits). Dr Taylor welcomes collaborative research enquiries related specifically, or more generally, to the above. 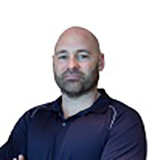