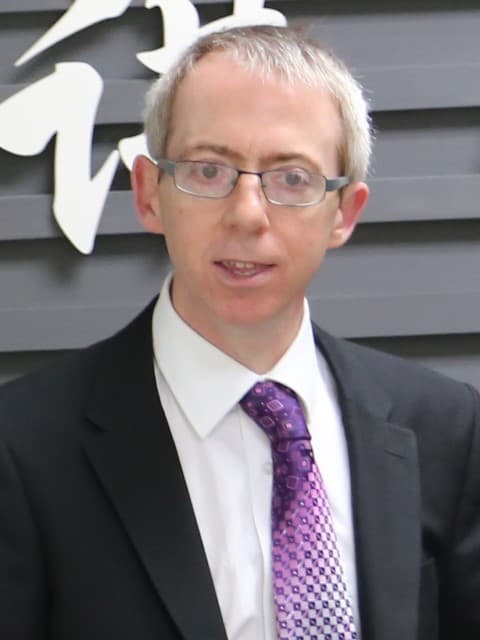 He completed his MA (Honours, First Class), MLitt and PhD in the Department of Sociology at the University of Aberdeen, and took up his first academic post there as a Research Assistant (1990), followed by a Lectureship (1995), Senior Lectureship (1999), and Readership (2005).

Professor Giulianotti was a member of the REF2021 sub-panel 24 (Sport and Exercise Sciences, Leisure and Tourism); he is also a Fellow of the Academy of Social Sciences (FAcSS) and of the RSA, and a member of the Steering Committee of the Global Sports Initiative at Harvard University.

He is programme director for the MSc in Sport Management, Politics and International Development.

He has been a visiting or guest professor at many universities and institutes, which recently have included Harvard University, International Olympic Academy, Johan Cruyff Institute, Seoul National University, University of South-Eastern Norway, Texas A & M University, and the University of Warsaw.

Since 2011, Professor Giulianotti has been principal investigator and co-investigator on multiple research projects valued at over £1.7M.  Eight of his projects have been funded by the UK Economic and Social Research Council (ESRC). He was recently principal investigator on an ESRC-funded project on the role of sport, cultural and educational programmes in promoting sustainable development, with colleagues from the University of California at Berkeley, Kathmandu University, and Loughborough University.  He is currently co-investigator on an ESRC-funded project studying alcohol consumption in football cultures, with colleagues from the University of Stirling, University of Edinburgh, and Loughborough University.

He has published five authored books, fifteen edited books, and many articles in mainstream and specialist social science journals.  He has acted as guest co-editor of many journal special issues, including for British Journal of Sociology, Global Networks, Journal of Consumer Culture, and Urban Studies.  His books and articles have been translated and published in over a dozen languages.  He is Field Chief Joint Editor of the journal Frontiers in Sports and Active Living, and a member of many journal editorial boards.