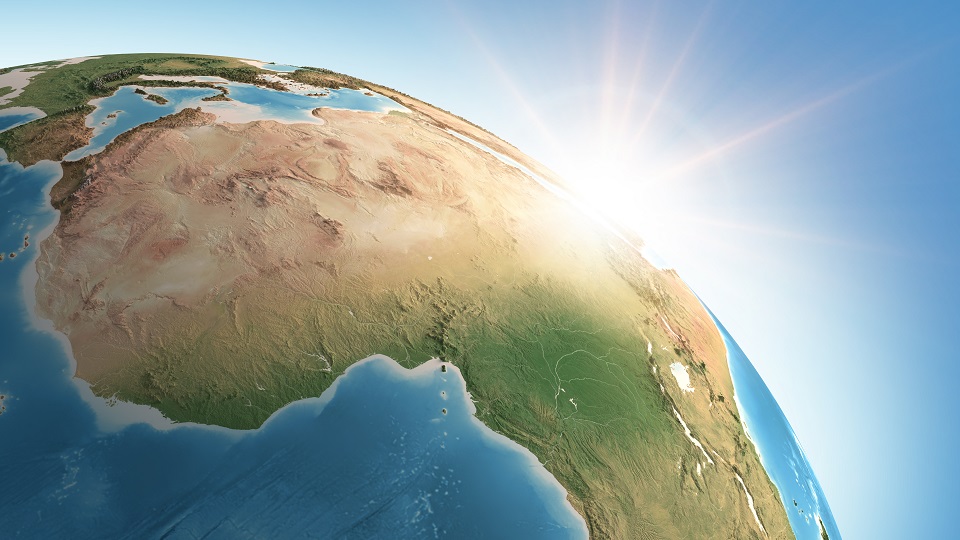 With COP27 taking place in Africa, the conference is shining a spotlight on the impact climate change is having on the continent.

As the summit nears an end, we have spoken to five African students – all studying at Loughborough for a master’s in environmental monitoring, research and management – to hear what their experiences of climate change are, and what they hope the legacy of COP27 will be.

“At COP26 Nigeria indicated its goal to be carbon neutral, consequently formulating its carbon neutral framework for achieving net zero by 2050.

“This framework was applauded when it was presented by President Mohammed Buhari. Nevertheless, a year has gone by now without any implementation. The precipitation from the sky caused by burning fossil fuels has raised the sea level of water bodies, which according to research, accumulated to the displacement of 1.3million people by flooding this year. It will be beneficial if this framework, which has already been defined, can be acted upon.

“I sincerely hope COP27 will produce a positive outcome.”

“The impacts of climate change on Ghana cannot be overlooked. It has become an issue of major concern to our leaders and state agencies in charge of the environment, such as Environmental Protection Agency, especially in the current hard and harsh global situation. Significantly, Ghana has experienced warming at a more rapid rate in its northern areas than its southern districts. In total, Ghana has experienced a 1°C increase in temperature since 1960. This has significantly weakened crop production in northern Ghana, an area that is historically marginalised and characterised by high poverty and malnutrition.

“Hopefully, at COP27, my expectations are that African leaders will discuss lasting solutions to this menace once and for all and there will be adequate budget allocation. This conference should address African problems and look into how our general environment can be managed with qualified and professional skills to help turn positively the environmental fortunes of Ghana, and Africa as a whole.”

“Uganda in recent years has experienced adverse drought and flooding as a result of climate change. This has drastically affected agricultural productivity, led to the loss of lives and property, and the destruction of infrastructures. Recent flooding of Mbale town, frequent riverbank bursting in Kasee and the prolonged drought in most parts of Uganda are all examples.

“Hopefully the COP27 summit will deliver to Africa climate change interventions that enable most African countries to adapt to climate shocks, being less reliant on aid from the Western world, and above all preserve Africa’s rich natural resources from the effects of climate change for an inherent plough back into its economy for future generations.”

“Africa is suffering from climate change – no country and no economy is immune from the effect. Africa contributes less than 4% of the CO2 to the overall global emission yet receives disproportionately high negative impacts of climate change with grave economic consequences. Even if we are to explore the whole of our natural gas, our contribution to global emissions is far less compared to China with 27%, USA with 15% and 17% from the EU. However, our continent is one of the most affected by catastrophic climatic changes, such as a rise in sea levels, drought and flooding, which recently (October, 2022) occurred in the northern part of Nigeria. So far this year more than 200,000 homes have been destroyed by floods in Nigeria.

“The international financial support is much lower than what our continent actually needs, especially Nigeria, and the gap is widening every year. There’s always post floods infections, malaria and cholera outbreaks, which cause a lot of children and teenagers to lose their lives as result of the contaminated water. We therefore need adequate support medically as well. Our agricultural lands get eroded as a result of the floods, causing foodstuffs inflation every year. This been made even worse by the conflict in Ukraine, where Nigeria gets its wheat supply from. The inflation is almost triple.

“If there’s ever time that we need to join our hands together to save the globe for the next generation, it is now. The African Development Bank has gone far in terms of climate finance arrangements beyond the target set by UN. The governments of the western world have to alter their priorities and I hope COP27 will produce fruitful outcomes.”

“I believe Ghana has made giant strides in its Climate Action Goals, with mass tree planting exercises and fines for lumbering on dense timber rich areas. There has been a higher import duty introduced on vehicles that are beyond a certain age and efforts towards replacing high emission vehicles is rather plausible. I think where we are lacking as a country is the zero-waste agenda.

“Waste management is a huge issue of uttermost concerns in the country's capital. Since it is the most densely populated, Accra has drains overflowing with waste material, particularly plastics, which eventually end up at our beaches. This is causing a marginal profit loss to the economy since tourism is a sector that can be properly explored for higher returns.

“The lack of waste recycling facilities and industry is largely to blame for this, along with the volatility of the investor markets. Foreign owned companies go through rather cumbersome processes in gaining licensure to operate large scale industry which is largely politically motivated. My people are more concerned in filling their bellies than ensuring there’s a planet to look down at centuries down the road.

“People have become more aware as floods have increased, and temperatures soar high. Many more are coming to the realisation of the impact of our carbon footprints. Rocketing fuel prices have made people more concerned and some travel only when necessary, as others park their personal vehicles to join public transport. The current situation is unsettling, but we hope to have a breed of leaders who can and will prioritise the environment and the planet at large.”

Further information on Loughborough’s climate, environment and COP27 research can be found here.