What a load of trash: New study finds UK litter is dominated by plastics and drinks packaging 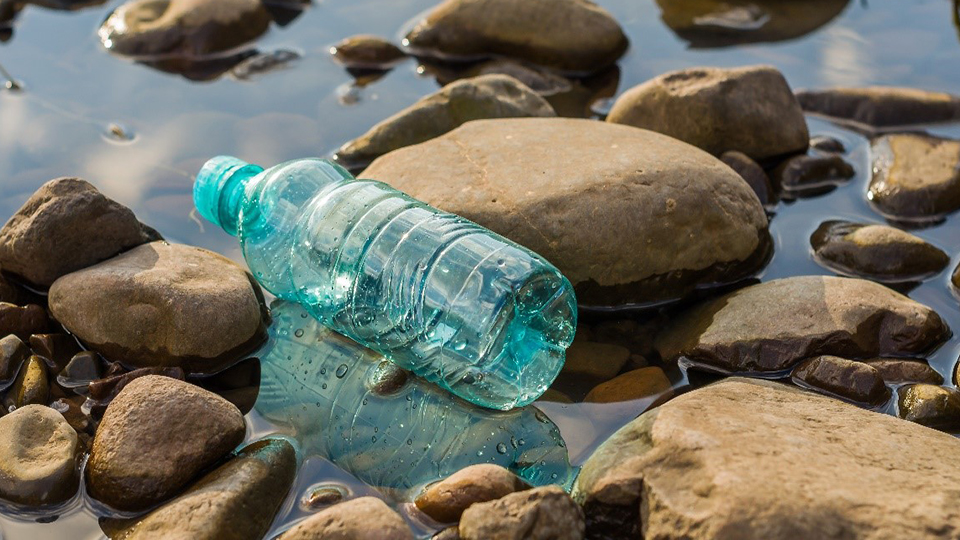 A new study looking at litter in the UK has revealed the types of materials and products being dumped in our hedgerows and waterways.

The research, led by Loughborough University geographer Dr Tom Stanton, found the majority of UK litter is made up of plastic, and the most common items discarded into the environment are drinks packaging.

Dr Stanton says the findings are ‘surprising’ given the European-wide initiatives in place that look to reduce single-use plastic and highlight ‘the disconnect’ between the findings and the focus of environmental legislation and policy.

Published in the Journal of Hazardous Materials, the study is in collaboration with Planet Patrol - the environmental non-profit dedicated to tackling the pressing threats of pollution using its citizen science app to analyse and interpret data to drive change.

Each year, Planet Patrol launches clean up events across the UK for public participation. At these events or independently, volunteers add data to the app by tracking, logging, and removing litter from around land, coastlines, and waterways. Each piece is recorded and geolocated in the app - broken down by brand, material, and type, with each individual piece verified and photographed.

Working with colleagues from Nottingham Trent and Keele universities plus the University of Nottingham, Dr Stanton examined 43,187 items of litter found across the UK that were logged on the Planet Patrol app throughout 2020.‌‌ 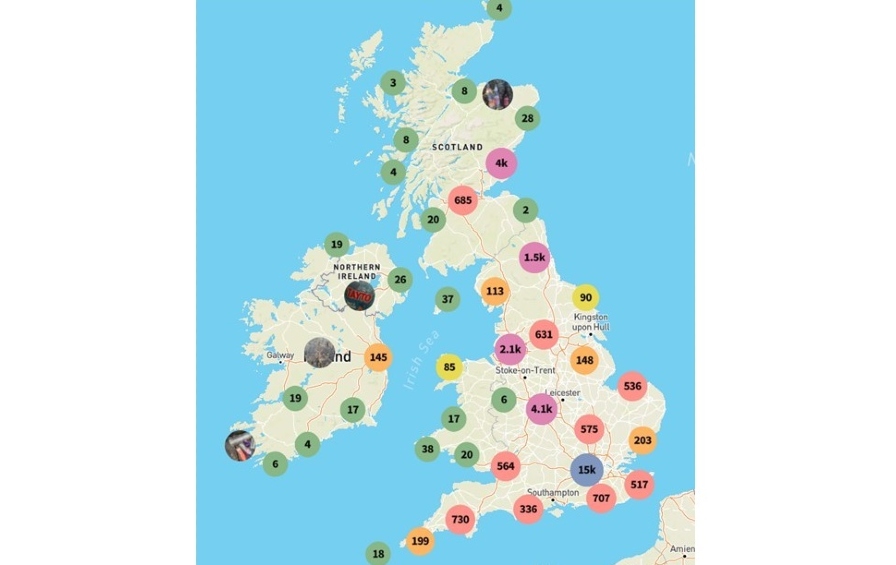 This study looked at 43,187 items of litter logged on the Planet Patrol app; the map shows the number of logs for different locations across the UK.

Dr Stanton explained: “There are many stakeholders responsible for the litter that ends up in the environment. Governments have introduced legislation that can reduce some types of litter, and companies have policies that aim to reduce the environmental impacts of their practices.

“This study looked at how these efforts to curb litter by key stakeholders compared to the types of litter recorded by Planet Patrol’s citizen scientists.”

He continued: “This study concludes that corporate policies focus more on the materials of the products they put to market than their products’ environmental fates.

“The current decade has the potential to be a decade of change with respect to both the amounts and types of litter found in the environment.

“We hope this study raises awareness of the extent and diversity of litter across the UK, and in particular the profile of litter that is often marketed as a greener alternative to plastic but is still a problem in the environment.”

Dr Stanton added: “The impact of legislation and policy in this area will need to be monitored if the success of green initiatives is to be effectively judged, however, the data against which future comparisons can be made is limited.

“We hope that this dataset can provide a reference for future work that attempts to assess the success of the legislation and policy that is set to change throughout the current decade.”

The researchers hope to build on this research by exploring differences in the types of litter found by app users in different countries.

They will also monitor the UK dataset over the next few years and assess how profiles of litter change over time, and the impact of legislation and policy changes.

The full paper, titled ‘Planet Patrolling: A citizen science brand audit of anthropogenic litter in the context of national legislation and international policy’, can be accessed via the Journal of Hazardous Materials website.