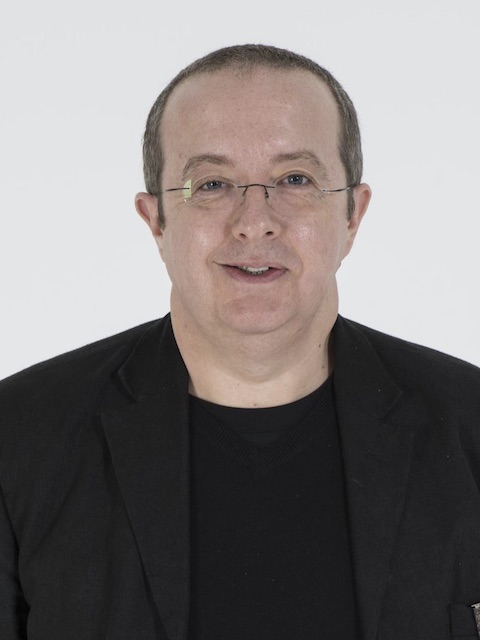 Simon Downs studied illustration (of a particularly traditional school). However the evolution of the computer aided design forced him to rethink this traditional practice. In response he became a digital illustrator, digital animator, interaction and multimedia designer and editorial designer. He worked in London as a freelance designer and design consultant, designing for the corporate, finance and publishing sectors.

In the year 2000 he became a University Lecturer, and joined Loughborough University as a lecturer and design researcher in 2003. Simon researches into the systems that form visual communication: technical and social, cultural and political. The network of interaction fascinates him and has led to work in cybernetics and emergence.

Simon has been an editor with the journal TRACEY since 2003, founded and became lead editor of the political visual culture journal, The Poster with Intellect Books in 2009, and authored The Graphic Communication Handbook in 2011 for Routledge . He writes on visual communication systems, including drawing and visualisation.

Simon won the Loughborough University Lecturer of the Year award in 2011, is a Director of the Drawing Research Network and is a trades union representative for the UCU union.

Simon is founder and lead editor of The Poster (Bristol: Intellect) which examines the ways in which visual rhetorics are applied to form social and cultural ideas for political ends. He authored The Graphic Communication Handbook. He is an active director of the Drawing Research Network and and has been instrumental in organising the DRN conference series, including Loughborough University in 2012 and Columbia University in 2013. He is a member of the Design Research Society.