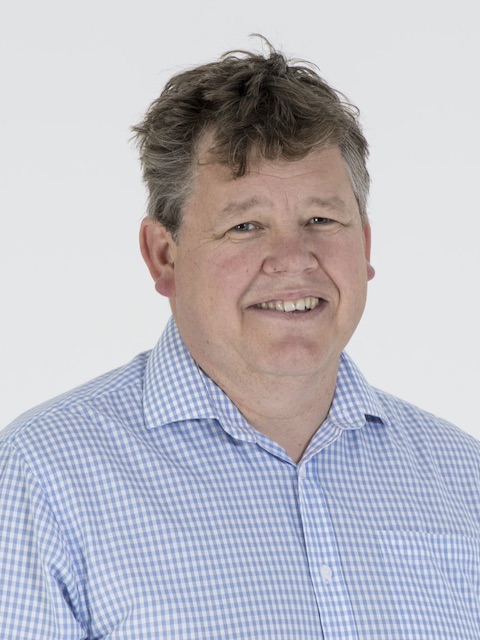 Andrew Selby is Senior Lecturer in Illustration and Animation. From 2011 - 2014 he served as Head of the School of the Arts and oversaw it become then Top 40 QS World-ranked for Art and Design. Between 2013 – 2019 Andrew served as Associate Dean for Enterprise in the School of the Arts, English and Drama in preparation for REF2021.

An internationally recognised illustrator, Andrew's work has appeared in newspapers, magazines, billboards and on the covers of major corporate reports for nearly three decades, including major campaigns for Nike, Barclays, Accenture, British Gas, Volvo and Eurostar. His iconic and thought-provoking illustrations have been commissioned by The Sunday Times, The Guardian, The Observer, The New York Times, The Washington Post and The Los Angeles Times and been recognised by 3x3: The Journal of Contemporary Illustration, Society of Illustrators’ of New York, Society of Illustrators’ of Los Angeles, American Illustration and the Association of Illustrators’ juried exhibitions and annuals.

Andrew’s work is held in public and private collections in the United States, Australia, Japan, New Zealand and Saudi Arabia. He has been commissioned to illustrate the influential covers for The Lancet including the Journal of Infectious Diseases, the Journal of Diabetes & Endocrinology, and the Journal of Gastroenterology & Hepatology since 2012.

Andrew's research interests originated out of the subject of illustration by questioning its perceived ‘place’ in visual communication as part of the global creative industries. His research aims to identify, analyse and explain the inter- and cross-disciplinary nature of contemporary illustration and visualisation across multiple service and product platforms. Andrew’s research considers applications of illustration and visualisation through the prisms of service design, UX, UI and social anthropology. These interests have resulted in individual and collaborative projects with other academics, industrial partners and organisations, traversing the areas of illustration and animation through a variety of published outputs including books, academic journal papers, chapters in edited works and exhibitions. His research has been successfully submitted to the Research Assessment Exercises and Frameworks in the UK in 2001, 2008, 2014 and 2021.

Andrew’s first book, Animation in Process (London: Laurence King) was released in 2009 with his second monograph, Animation (London: Laurence King), following in 2013. Both books have been co-editioned in Spanish, Chinese, Taiwanese and Russian. He is co-author of the book Drawing Now: Between the Lines of Contemporary Art (London: I B Tauris). Additionally, he has contributed chapters to The Fundamentals of Animation (Lausanne: AVA Academia) and Drawing: The Purpose (Bristol: Intellect). Andrew has recently researched and written Editorial Illustration: Context, Content and Creation (in press London: Bloomsbury, 2022). He has organised and made several invited keynote contributions to academic conferences on illustration, animation and communication and media studies in Australia, South Korea, Singapore, UK, USA, Ireland, Japan, Portugal and Canada.

Andrew has held a number of publicly funded research grants. Most recently, he was Co-Investigator on the AHRC Creative Economies in China project Repositioning Graphic Heritage 2018 - 2021, led by Dr Robert Harland (PI) and Professor Paul Wells (CI), in partnership with Tongji University in Shanghai, China. Andrew was Co-Director of the major international exhibition, Olympics and Culture; Tracings, Projections and Intersections, with Dr Linda Dennis (Joshibi University of Art and Design) that was exhibited in Tokyo in 2018 as a precursor to the Tokyo Olympic and Paralympic Games, sponsored by Nomura. These projects continue work Andrew has been involved in across East Asia over the last fifteen years which draw together expertise and opportunity in the creative and cultural industries between China, Japan and Singapore and the United Kingdom.

In addition, Andrew is a director of TRACEY, the web-based research portal dedicated to exploring contemporary drawing and visualisation. He serves on the editorial board of The Journal of Communication and Media Studies (Melbourne: CommonGround) and is a member of the 3x3 Illustration Advisory Board and the International Association of Illustration Academics.

Andrew welcomes approaches from organisations wishing to work in a collaborative manner with Loughborough students. He has been closely involved in The Studio graduate incubator at the University for many years and has organised annual events that help bridge education and the creative industries on Loughborough’s London campus.

Andrew has worked extensively in a consultancy capacity for organisations that seek to utilise illustration as a mode of visual communication to stakeholders through partnerships and engagements, including work for Barclays de Zoete Wedd in South Africa and the Singaporean Ministry of Education. He is an invited member of All-Party Parliamentary Design and Innovation Group (APDIG), chaired by Baroness Whittaker and has represented Loughborough University at the Council for Higher Education in Art and Design (CHEAD).

Andrew has held a number of undergraduate and postgraduate external examination appointments at the University of the Creative Arts, University of Central Lancashire, Birmingham City University and Coventry University. He has also examined internationally at Silpakorn University (Thailand), Hong Kong Design Institute (Hong Kong), SSR Jakarta (Indonesia) and the University of Newcastle (Australia).

Andrew is currently external examiner for the BA (Hons) Animation and MA Animation courses at The National Film School, Dún Laoghaire Institute of Art, Design and Technology in the Republic of Ireland, and for the MA Illustration programme at the University of Plymouth. He has acted as an external panel member for validation and revalidation of undergraduate and postgraduate programmes at University of Dundee Duncan of Jordanstone, Cardiff University and the University of Brighton.

Andrew welcomes interest from researchers and organisations for collaborative research projects and postgraduate supervision with interests particularly in the strategic and operational production, interaction and application of illustration and animation in emerging media.