Working with adidas to transform product development ideas into realities 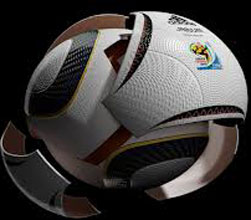 The Institute were first approached by adidas in 2002, who were starting to look at how technology could be used to transform some of their product development ideas into realities.

Together with adidas, the Institute then embarked on a research and development partnership that would see it become involved in one of football’s most beloved events, the World Cup.

Our first football project involved the Institute’s researchers scientifically measuring the performance of a new ball adidas was creating for the UEFA EURO 2004 Championship. The Roteiro™ was the first football ever to have thermally bonded seams instead of the traditional stitched seams, and our role was to help adidas identify what impact this would have on the ball’s functioning.

Following the success of this project we have continued to work with adidas on all their tournament footballs, including the 2006 Germany FIFA World Cup ball, the +Teamgeist™, the UEFA EURO 2008 Championship ball, the Europass™, and the 2010 South Africa World Cup ball, the JABULANI™.

With each ball the STI has used its expertise to investigate and advise on changes to improve consistency, including the introduction of a new panel formation to make the ball more spherical and the addition of a unique surface texture to enhance the grip between ball and boot.

The Institute has also developed its own ‘kicking’ robot, designed to ensure that every ball being tested is given the same impact or kick, which is crucial when trying to investigate a ball’s consistency.