Turning the world upside down

The National Civil War Centre (NCWC) – opened in 2014 – welcomes about 17,000 visitors each year. Its exhibitions explore the charged decade of English history (1642-51) when Parliamentarians and Royalists clashed over how the country should be governed.

The lives and significance of women has historically been overlooked, especially if the primary focus is on the battles and political machinations of the Roundheads and Cavaliers.

Our work challenges prevailing notions about the role of women during the period by highlighting the influence they had within their communities. It identifies how women’s roles and attitudes changed as a result of the political ferment created by the war.

Our research demonstrates that the story of the English Civil Wars is incomplete if it does not attend to gender. We collaborated with the National Civil War Centre on three projects to extend its representation of women.

Our research works hard to counter the false perception that the English Civil War period had a lesser impact on the lives of women. It reveals a gendered dimension fundamental to developments in social and religious history in the seventeenth century.

In an essay, ‘Margaret Cavendish and War’, for example, Gill asks whether the line between truth and fiction is blurred in the accounts that Cavendish produced in response to the battle of Marsden Moor (1644) and the siege of Colchester (1648), both notable for the scale of the Royalist defeat.

Gill's argument that fiction offers greater scope than biography in terms of depicting atrocities is a salient finding for Cavendish studies. Gill’s research also analyses the decade of national instability and religious uncertainty that the civil wars resulted in.

Read’s investigation of facets of women’s everyday life challenges earlier assumptions about which incidents are of national importance to British history.

For instance, her work on the literary and cultural representations of female reproductive bleeding has shown that loyalist propaganda sometimes sought to undermine opponents by likening Parliament to a menstruating woman. This finding illustrates how gendered insults were deployed in propaganda, and through Read’s analysis such language may now be viewed as a significant element in the war of words, a key front in these wars.

In the post-war era, Quakers were the fastest growing faith group. Gill reveals individual Quaker women’s stories and presents evidence of the real influence that ordinary women had in their religious communities.

Similarly, in her debut novel The Gossips’ Choice, Read draws directly on her research to convey the life of a midwife in 1665 who lives in a small market town still grappling with the after-effects of war. 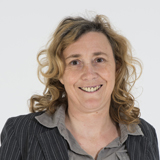 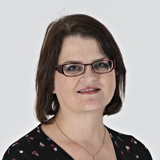