Developing fingerprints is a key forensic capability, but it is not always possible to lift usable prints from objects like discharged ammunition casings, IED fragments and cleaned weapons.

Our work developed and underpins a revolutionary new technology, RECOVER – a cutting-edge chemical vapour fuming process which provides unrivalled fingerprint development capabilities on even the most difficult surfaces.

Commercially available since 2018, it is now used by police forces worldwide.

In 2007, we made a serendipitous discovery – the fumes created during a polymerisation process we were running revealed fingerprints on the surface of a glass vial. Further research proved the technique, and we published our findings to widespread interest.

In 2011, we began work with DSTL and CAST to maximise the potential of the process and tailor it with three priorities in mind: safety, ease of use, and the route to commercialisation.

Concerns about safety were addressed by changing the way the active material is generated within the process. The other two priorities were tackled by global forensic manufacturer Foster & Freeman Ltd who joined the collaboration in 2017.

RECOVER was launched in 2018, marking a step change in crime detection and security.

The technique – discovered and validated at Loughborough – was developed in collaboration with DSTL and CAST. Foster & Freeman Ltd joined the partnership, providing the necessary expertise to refine and optimise the technology for the security marketplace. 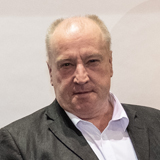 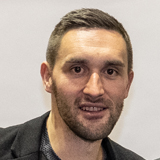 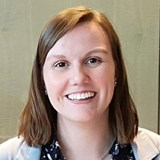