It is generally held that anarchists reject law and the state and have little regard for constitutional practices.

Our research – spanning more than 20 years – has demonstrated that this is not the case. Professor Kinna has revealed that anarchists have developed novel and complex constitutional practices. These are often not fully recognised by activists and this lack of appreciation can undermine group cohesion and morale.

Working with a range of activist organisations, Kinna has been able to participate in reviews of existing constitutions and share best practice to improve group working and decision making.

Professor Kinna’s study of the anarchist constitutional tradition has flagged four key elements common to most constitutions: the declaration of principles, the establishment of institutions, the adoption of decision-making procedures, and rule-making processes.

However - to guard against the tendency of power to corrupt - the anarchist model has no single point of authority. All elements of the constitution are flexible. Constitutions become constitutionalising processes, changeable as organisations evolve.

They have been distributed widely in hard copy and online to raise awareness and understanding across international campaign groups about the efficacy of the anarchist constitutional model.

As a result, social centres, farmers and volunteer-groups worldwide – that do not necessarily identify as anarchist – are now using them to change their practices and enhance their activity. 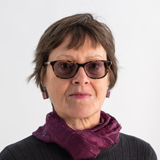