The University’s LGBT+ Staff Group are celebrating after they significantly exceeded their target of selling 1,000 rainbow laces to staff, students and campus partners as part of a national awareness campaign which aims to make sport inclusive to all, allowing no room for discrimination.

In total, 1,300 pairs of laces were sold from 22 November – 8 December, with the support of Lboro AU clubs, halls of residences and Loughborough Sport.

AU clubs reserved quantities for their teams to wear, equalling almost half of the final sales. Many halls took part in the campaign by supporting through the Intra-Mural sport (IMS) programme, selling laces to their teams too.

Rachel Caverhill, Loughborough Students’ Union’s AU Welfare and Diversity Officer commented: “We’ve had amazing involvement from the AU clubs, and it’s been great to see their enthusiasm for the campaign.

“They’ve even put on special events, from a ‘Play with Pride’ Handball tournament with all the players wearing rainbow laces, to AU Cheerleading performing stunts whilst tying their laces." 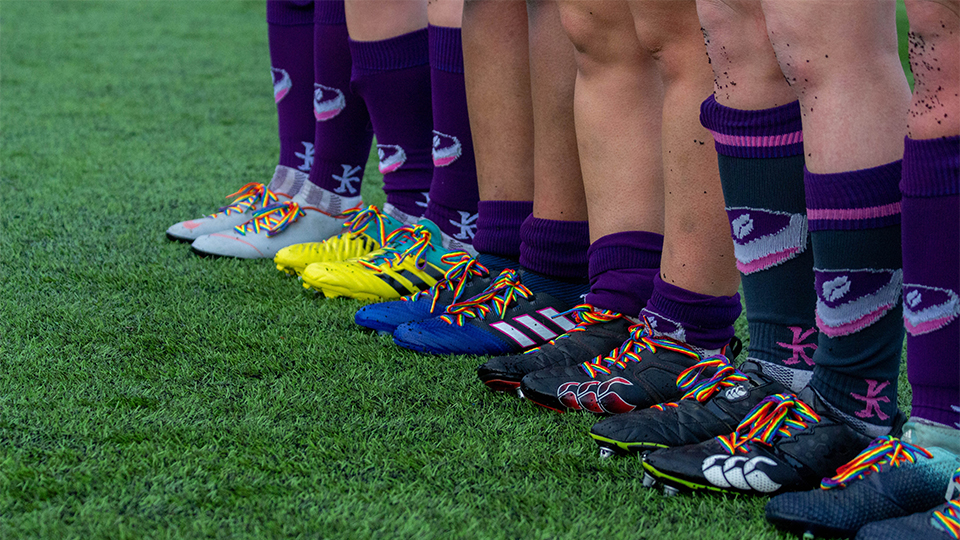 IMS Media, Marketing and Communications Officer Megan Heron added: “It was amazing to have sixteen halls be a part of such a great campaign.

“We’ve seen IMS teams wearing the laces across league games, at special one-day events (ODEs) as well as just day to day. It has really brought people together and people are proud to wear them, which is clear from over 251 pairs of laces our sports reps sold in just two weeks.”

Venues and sports facilities such as the Library, Martin Hall, Powerbase, Holywell Fitness Centre, Loughborough University’s Swimming Pool and the Advanced Technology Innovation Centre also supported the campaign, with many facilities selling out within days.

Photos and videos by students and staff members were continuously shared online using the #LboroLaces hashtag. 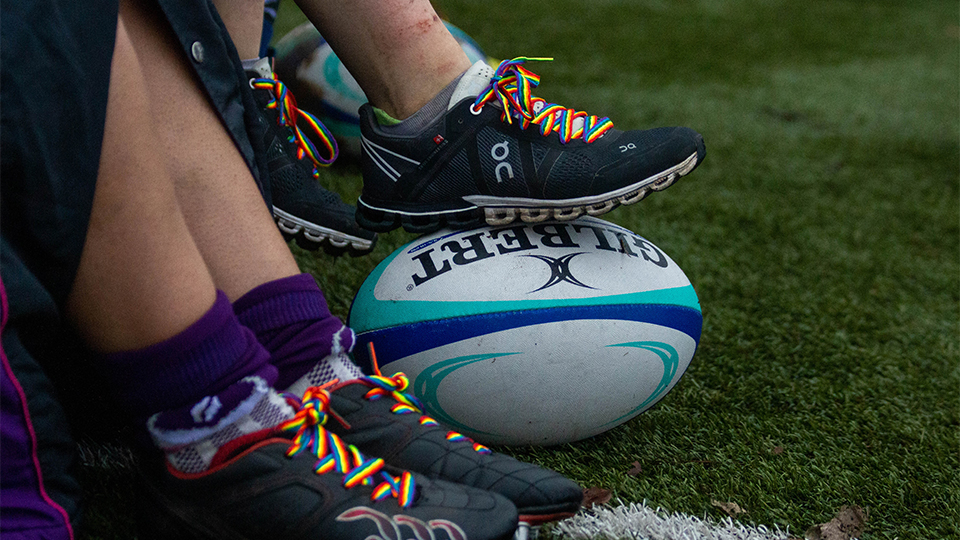 Speaking about the success of the Rainbow Laces initiative, Chair of the LGBT+ Staff Group Bethan Fagan added: “It’s been a privilege for myself and the LGBT+ Staff Group to have led on this campaign, and we are so pleased to have received so much positive feedback from teams and individuals.

“We know that it has a big effect campus-wide, encouraging people to talk to their teammates or friends about anything and everything LGBT+ related. Although putting on a pair of laces may seem like a simple act, it’s a physical way of showing that you are encouraging a supportive and inclusive environment; to someone who might be struggling, it means more than you might know.

“It’s been fantastic to work closely with Stonewall following our newly announced partnership as a Stonewall Diversity Champion.”

In addition, the campaign raised over £200 in donations, which will be sent to Stonewall to directly help their work eradicating homophobia and transphobia in sport.

For more information about the LGBT+ Staff Group, visit the dedicated website.