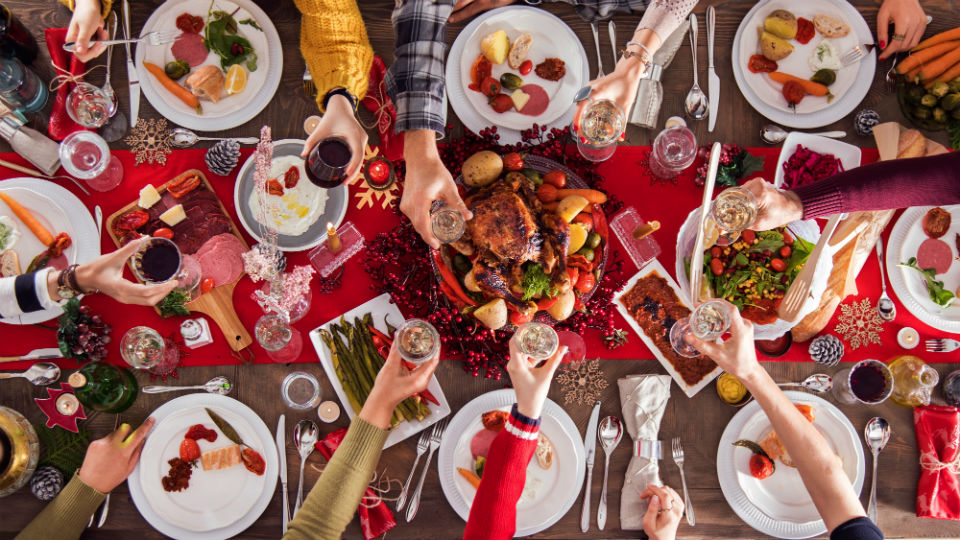 A study by Loughborough University and the University of Birmingham has shown that regular weighing at home and simple tips to curb excess eating and drinking can prevent people from gaining weight at Christmas.

Researchers, supported by the National Institute for Health Research (NIHR) and funded by the University of Birmingham, carried out the ‘Winter Weight Watch Study’ - a trial that aimed to prevent participants from gaining weight over the festive season by arming them with tips and techniques to avoid overindulging.

It saw 272 volunteers being randomly placed into either an ‘intervention’ or a ‘comparison’ group.  Those in the intervention group were asked to weigh themselves at least twice per week, but ideally every day, and record their weight on a record card to help them monitor their food and drink intake. They were also given 10 top tips for weight management and a list of how much physical activity would be needed to burn off calories found in popular food and drinks consumed at Christmas. For example, it takes 21 minutes of running to burn the calories in a mince pie and 33 minutes of walking to expend the calories found in a small glass of mulled wine.

In contrast, the comparison group received only a brief information leaflet about leading a healthy lifestyle, which did not include dietary advice.

The study, published in The BMJ, was carried out in 2016 and 2017, with participants weighed and measured in November and December each year and then follow-up measurements taken in January and February 2017 and 2018.

Following the intervention, compared with the comparison group participants in the intervention group were assessed to be more able to restrain their eating and drinking to help control their body weight.

First author Frances Mason, of the University of Birmingham’s Institute of Applied Health Research, said: “The festive season coincides with public holidays in many countries, providing an opportunity for prolonged over-consumption and sedentary behaviour.

“Christmas is likely to tax even the most experienced weight controller.  Low intensity interventions such as the one used in our Winter Weight Watch Study should be considered by health policy makers to prevent weight gain in the population during high-risk periods such as holidays.”

Senior author Professor Amanda Daley, with the School of Sport, Exercise and Health Sciences at Loughborough University, said: “On average people gain a small amount of weight of up to 1kg each year and holidays such as Christmas are responsible for most of this annual weight gain.

“Weight gained during holiday periods often is not subsequently lost and, although these gains are small, over 10 years they would lead to a significant increase in body weight.

”Our research has shown that a brief intervention over the Christmas period can help to prevent these small weight gains that accumulate and drive the obesity epidemic.”

Few trials have tested interventions to prevent weight gain during high risk periods, and this is the first known trial to test a strategy for preventing weight gain at Christmas.

Corresponding author Dr Amanda Farley, lecturer in public health and epidemiology at the University of Birmingham, said: “The results of this study are encouraging. The information given to participants was tailored to the local cultural context but could also easily be adapted for use in other settings and countries. 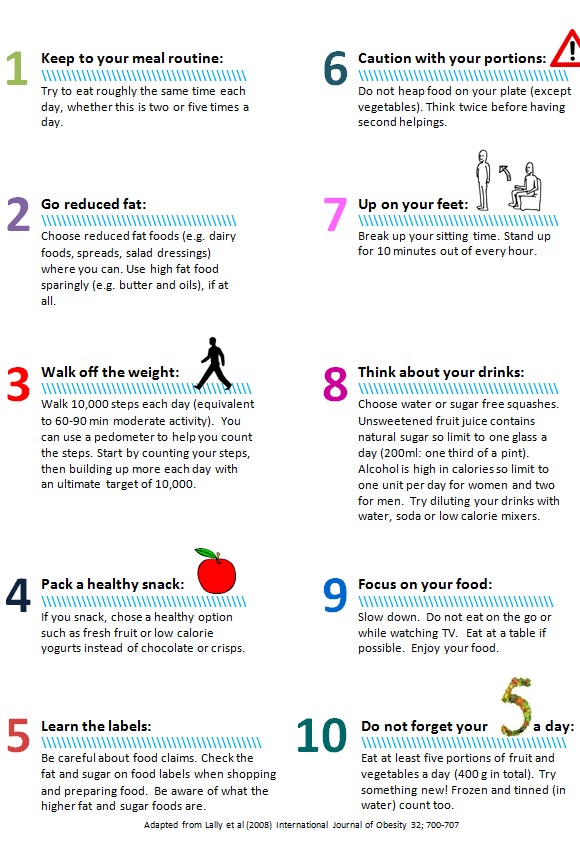 ** The ‘intervention’ group was given physical activity calorie equivalents (PACE) of popular festive food and drinks (see https://www.bhf.org.uk/informationsupport/support/healthy-living/staying-active/exercise-calorie-calculator). Example below: 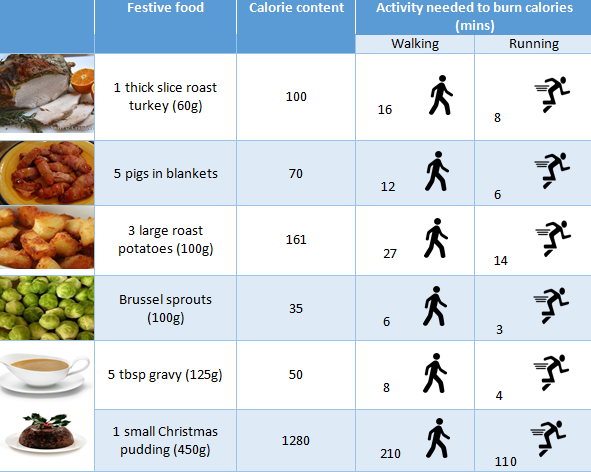