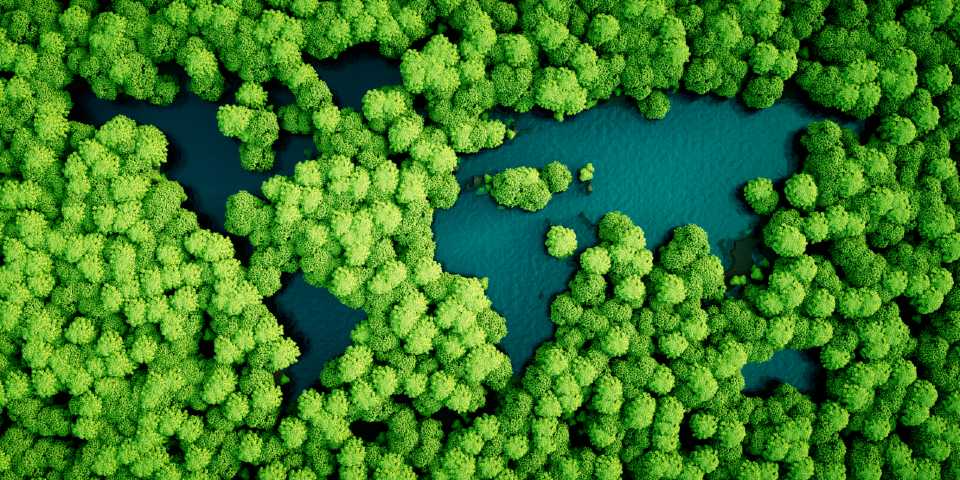 A new study led by Loughborough University has revealed that lake burial of organic carbon has increased three-fold over the last 100 years in response to human disruption of global nutrient cycles.

Professor John Anderson, of the Geography and Environment department in the School of Social Sciences and Humanities, hopes the findings will expand our understanding of global carbon storage and the role lakes play in this, especially as the burial process was previously considered not important.

The research, published in Science Advances, was undertaken in an attempt to account for some of the gaps in the ‘global carbon budget’.

The global carbon budget looks at the amount of carbon produced on a global scale and where it ends up.

However, the numbers do not quite add up and part of the budget is considering ‘missing’. In other words, we are unable to account for where some of the carbon has gone.

This is an issue as balancing the budget is an important part of understanding the contemporary carbon cycle, which scientists analyse to predict future levels of carbon dioxide in the atmosphere and its greenhouse effect. 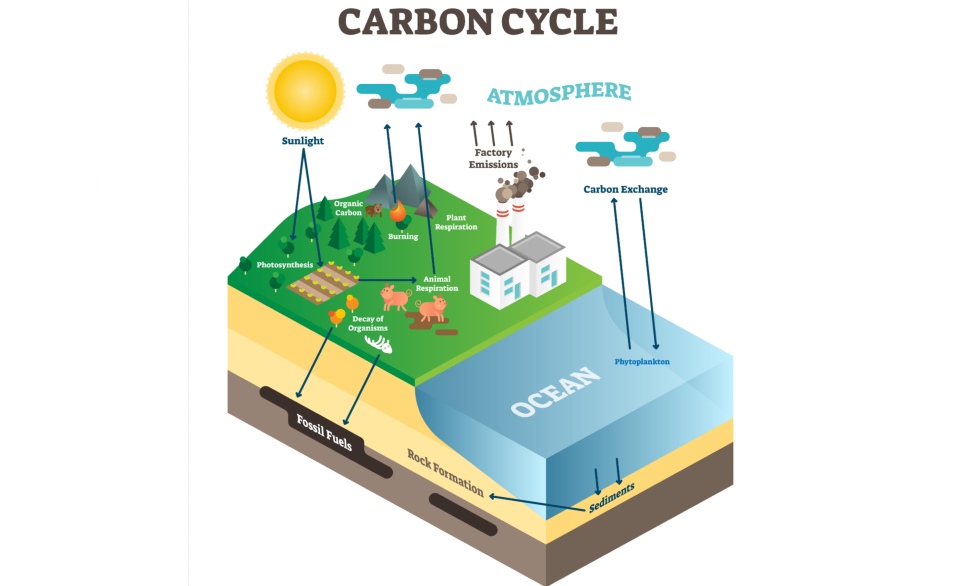 Though it is known that all lakes bury carbon, little attention has been paid to this fact and previous lake studies have only considered how carbon is transferred from land to water.

Professor Anderson’s research, which is in collaboration with Dr Adam Heathcote and Dr Daniel Engstrom, of the Science Museum of Minnesota (SMM), and the Globocarb consortium (a team of 20 academics from institutions around the world), is the first study to explore whether lake carbon burial rates have increased over the last 100 years across the globe.

Lakes ‘bury’ carbon as organic matter – matter that has come from recently living organisms (for example, decomposing aquatic vegetation), which is roughly 50 per cent organic carbon.

The matter sinks to the bottom of lakes and remains there as a brown-looking sludge. Oceans and estuaries also bury carbon – but not as much as lakes in relative terms. 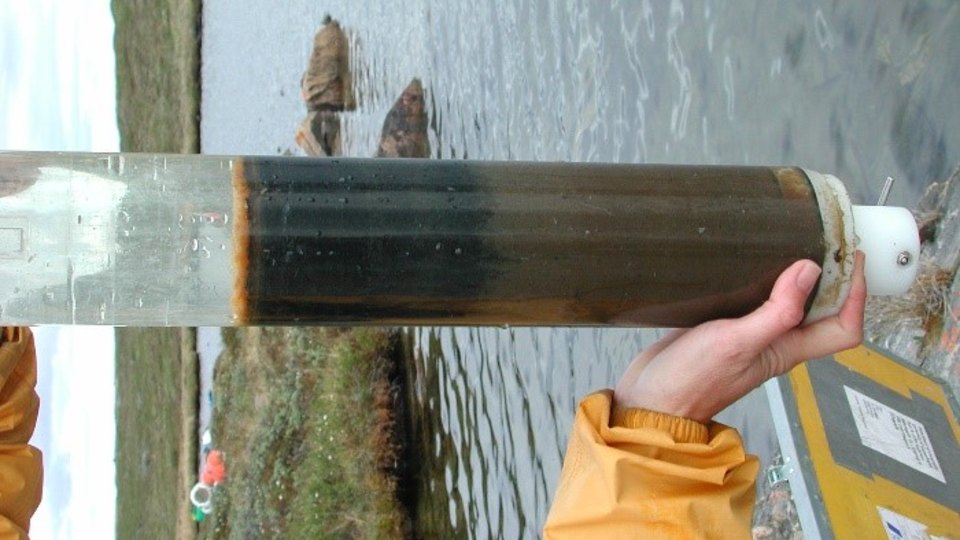 To assess how burial rates have changed over time, Professor Anderson and the research team looked at sediment cores taken from 516 natural lakes across the globe.

As well as looking at data and samples from different countries and continents – including the UK, South America, Sweden, Denmark and Canada – they also looked at lakes in different vegetation zones – known as ‘biomes’ – such as the rainforest, savannah and tundra.

Their approach was particularly novel as they used an enhancement of the 210Pb dating method that acts as a focussing correction.

This method allowed them to standardise the burial rate across all lakes - which is important as lakes vary in size and sediment is not distributed uniformly - and then calculate how much organic carbon is buried by all lakes in one geographic area.

From their analysis, the team found:

The team concluded that the increase in burial rates is largely in response to the major physical transformation of the Earth’s surface over the last 100-200 years.

Forests play a huge role in the carbon cycle and when they are cut down, not only does carbon absorption cease, but the carbon stored in the trees is released into the atmosphere through burning or decomposition.

Human activity in the 1950s resulted in rapid land-cover changes and the removal of forests, massively impacting the carbon cycle. 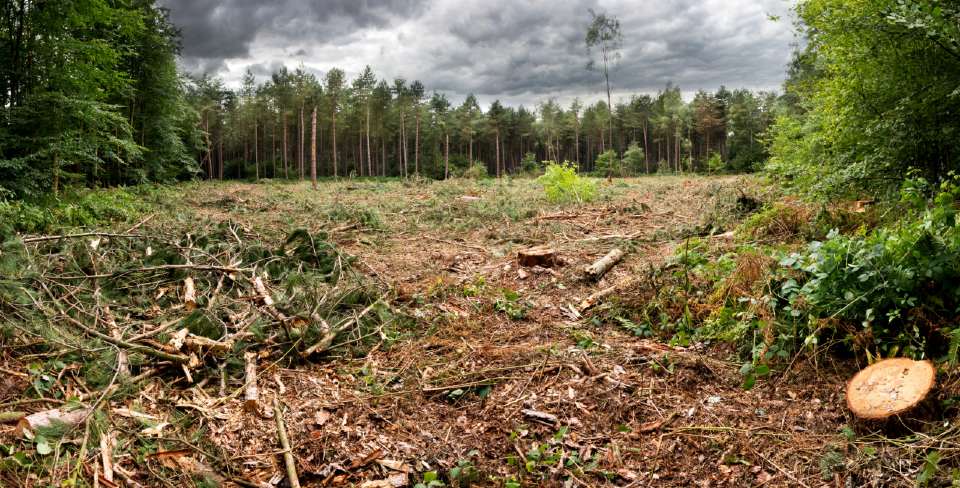 Burial rates have changed in response to physical transformations of the Earth, the researchers found. Image courtesy of Getty Images.

The researchers found most biomes increased lake carbon burial from the late 19th century onwards, meaning lakes were responding to these major changes in the earth’s biogeochemistry.

They also found that human disruption to the nitrogen cycle and other nutrient cycles has played a role in increasing burial rates.

Fertilizers and nutrient additives are used in farming to help crops grow and they often enter lakes and streams through runoff and soil erosion.

The team found in areas with intensive agricultural and substantial nutrient subsides through fertilizer use – such as areas that were mixed forests and grasslands in Europe and North America prior to land use changes – lake burial rates have increased three-fold since the start of the 20th century. 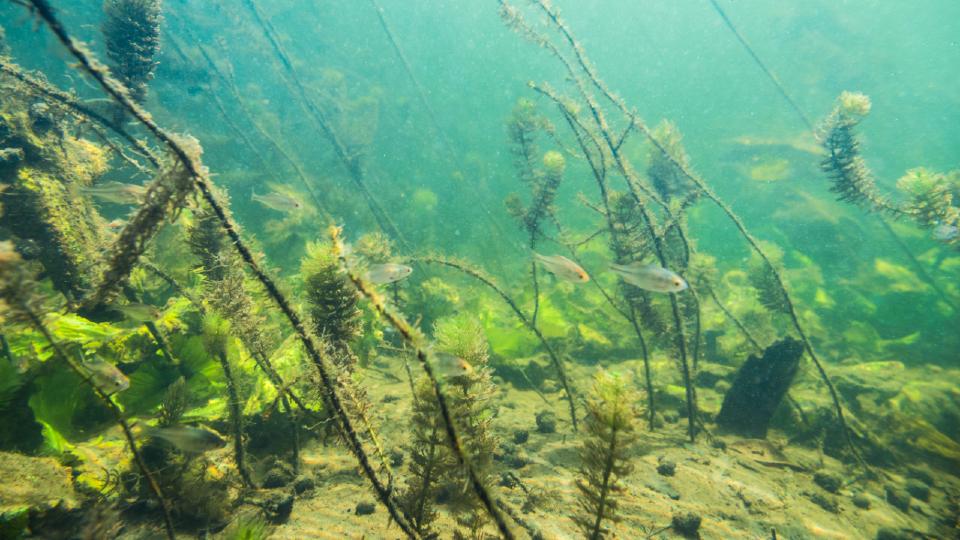 Fertilizers and nutrients added to crops can also cause aquatic vegetation to grow, resulting in more organic matter. Image courtesy of Getty Images.

Of the research, which is shared in a paper titled ‘Anthropogenic alteration of nutrient supply increases the global freshwater carbon sink’, Professor Anderson said: “Carbon burial in lakes is a sink in the context of the modern carbon cycle, it can be thought as offsetting the effects of anthropogenic CO2 release.

“I hope this research makes people aware that burial rates are an important part of the linked terrestrial-aquatic carbon cycle and that rates have increased.

“It also highlights that climate change is not a significant component of this increased burial rate, it is mainly land-use and associated changes in nutrient use that are the main drivers.”

Professor Anderson hopes to build on this research by better constraining the burial rates in the Arctic – an area with many lakes but which is relatively understudied.

This study found carbon burial rates to be low in Artic lakes, but the rates may increase rapidly in the future as a result of melting permafrost (ground that remains permanently frozen) and this is important given the Arctic is where much of the earth’s organic carbon is stored.

The 'Anthropogenic alteration of nutrient supply increases the global freshwater carbon sink' research paper can be read in its entirety here.