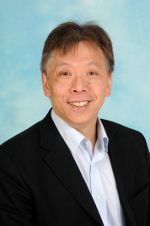 After spending 10 years in Edinburgh he joined Loughborough University in 1991 as a British Gas-Royal Academy of Engineering Senior Research Fellow to carry out multi-disciplinary research in computer-aided safe plant design. In 1998, after completing the Senior Research Fellowship, he was appointed Senior Lecturer then Reader, and in 1999 he became Professor of Computer Science. He was Head of the Department of Computer Science from August 2004 to January 2008; Director of the Research School of Informatics from August 2008 to July 2011 and Associate Dean (Research) from February 2010 to July 2011. He took up the role as Dean of Science from August 2011 until August 2014.

Paul has made major and sustained contribution in the area of computer-aided safety engineering. He and his group have developed techniques for partially automating the time-consuming manual process of carrying out hazard and operability studies (HAZOP). They have also extended HAZOP for continuous plants to batch plants, computer-controlled plants and UAVs (Unmanned Airborne Vehicles). He was awarded the Brennan medal in 1995 by the Institution of Chemical Engineers for his contribution to the book Computer Control and Human Errors. In 2002 he was awarded a Gatsby Fellowship to assist in the starting up of a university spin-out company, Hazid Technologies Ltd, to exploit the result of his research in computer-aided hazard identification in process plant design. His work with BAE systems on UAVs was one of the finalists at the IET Innovation Awards 2009. His joint work with BP and Igloo Vision on using VR to train process plant field operators was shortlisted for two IChemE Global Awards in 2015.

He has successfully supervised over 30 Doctorate and 3 MPhil students, and published over 200 papers.