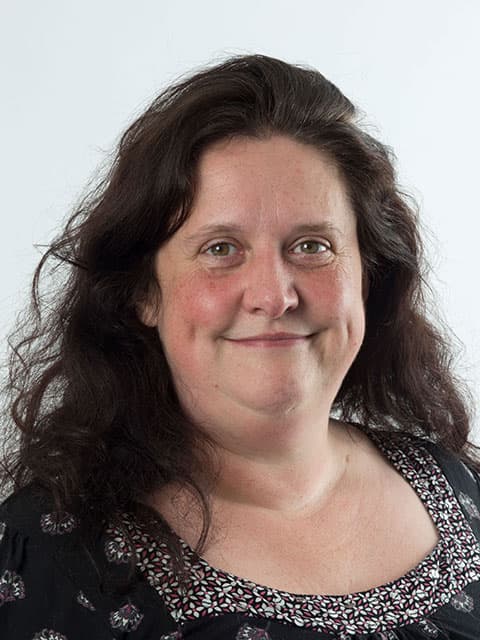 Sandie Dann has been a lecturer in materials chemistry at Loughborough University since 1997. Since being at Loughborough, she has expanded her portfolio of interests into several diverse areas and has built up a group of collaborators in the UK and abroad. She has experience in the synthesis of oxides, sulfides and zeolites at high temperature and pressure (hydrothermal and solid state) and the characterisation of products by powder diffraction and spectroscopy. Recently she has turned her materials characterisation expertise towards several projects concerned with the characterisation of pharmaceutically relevant actives and excipients. Two powder diffractometers with sample changers, capillaries and a high temperature stage plus a Braun glovebox and high pressure hydrothermal equipment support the group along with other standard solid state equipment. Powder X-ray diffraction consultancy including structure solving by Rietveld analysis and air sensitive/in situ temperature resolved diffraction is ongoing for a number of different projects.

The synthesis of environmentally-friendly pigments - Clean Synthesis of Ultramarine Blue - Ultramarine blue (UMB) is prepared commercially by a method that has changed little since its conception in 1828. China clay, feldspar, pitch, sodium carbonate and an excess of sulfur are combined to produce ultramarine after a lengthy high temperature firing process. Work on this project has been supported by studentships from Holliday Pigments Ltd and a PDRA under GR/R03877. The project focussed on investigating the factors effecting the impurities, colour properties and shade variation in synthetic ultramarine. Variation of shade was shown to be caused by the substitution of sodium cations for aliovalent cations present in impurities in china clay and methods were developed to change the shade in a controlled manner. A test kiln was used for modelling purposes and was created in collaboration with Dr Klaus Hellgardt to investigate the effect of brick porosity and moisture content on shade. S-edge EXAFS was used to identify the red chromophore in ultramarine pink in collaboration with Prof Mark Weller. The report on this work was evaluated as international leading by the EPSRC panel. Work continues on the use of different solvents to improve the concentration of polysulfide species and the development of a fluidised bed processor for UMB.

Preparation of Environmentally Friendly Red Yellow Pigments - Brightly coloured red and yellow pigments used for colouring plastics and ceramics often contain toxic metals that damage the environment when the material is made or destroyed. An enormous worldwide research effort is underway to produce ecologically safe materials that can replace these toxic, but highly coloured materials. We have developed a range of materials based on a pyrochlore that can be colour-tuned by changing the anion content. These materials are light and temperature stable and produce an opaque effect on glass. An added bonus is that these materials change colour with temperature – a property known as thermochromism. The yellow material switches to red at 50°C. Thermochromic materials have found uses in kettles, babies bottles and beer mats. These materials are in the final stages of the patenting process.

The analysis of pharmaceutically important polymorphs of actives and excipients -
Polymorphs, materials with the same chemical formula but different chemical structures, can have markedly different chemical and physical properties. For example, while calcite and aragonite are both polymorphs of calcium carbonate, only aragonite is physically hard enough to be used by sea creatures for their shells. The pharmaceutical industry has particular concerns regarding the production of polymorphs during the formulation process, as different polymorphs can have varying behaviour eg sensitivity to moisture, activity. Currently, work funded in collaboration with 3M Healthcare, is focussing on characterising different polymorphs of actives and excipients and investigating the effect of particle size on their chemical and physical properties. In addition, different ways of characterising the amorphous content of materials (both identity and quantity) are being investigated particularly below the 10% level.

The synthesis and characterisation of complex oxides and sulfides - Solid state science is dominated by the study of different complex oxide systems where chemists and physicists concentrate on the recognition and development of structure-property relationships to produce new materials e.g. superconductors or ionic conductors. Much less work has been undertaken in the development of complex sulfides as they are challenging to prepare oxide-free and properties are strongly affected by impurities. Various projects have been developed in this area that has led to different collaborations in the sulfide and oxysulfide area.

Magnetically isolated metal nanoclusters - Preparation of a synthetic analogue of the mineral danalite Fe8[BeSiO4]6S2and characterisation by magnetic measurements in collaboration with Dr Klaus Neumann and Mossbauer measurements in collaboration with Dr Jose de Marco showed that this material is a perfect model for a tetrahedral metal cluster. All evidence indicates that whilst the iron ions magnetically communicate within the cluster, there is no communication between clusters. This unusual behaviour is due to the structure of the material where the four iron cluster is occluded within a sodalite cage. The behaviour is remarkably effected by distance as substitution of selenium for sulfur produces units that communicate.

Conductivity of complex sulfides - Ionic conductors are much rarer than electronic conductors as the conduction of ions is much more structurally demanding than the conduction of electrons. In a similar vein, it is easier to conduct small lowly charged cations e.g H+, Li+ rather than the much larger anions due to their size. While oxide ion conductors have been reported there have been only two reports in the literature of materials that can conduct the large sulfide ion. This project, funded under GR/ and conducted in collaboration with Dr Klaus Hellgardt looked at the CaS.Nd2S3 system and investigated the claims of sulfur ion conductivity.

The interaction of zeolite hosts with group 15/16 complexes - In collaboration with Dr Paul Kelly, we are currently investigating the stabilisation of SN polymer within zeolite and layered materials. The polymerisation of S2N2 occurs rapidly over zeolites and layered minerals such as silica sodalite and kaolinite and is stabilised against attack of metal complexes.