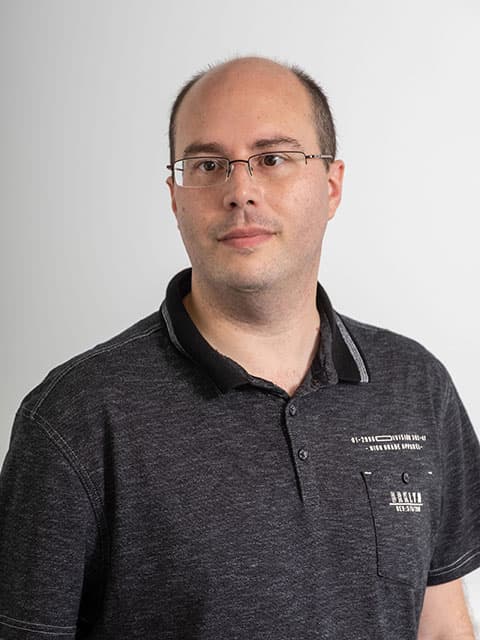 Kenny Jolley began his career in Leicester, where he gained a First class Honours MPhys (Physics) degree from the University of Leicester. He stayed at Leicester for his postgraduate studies, where he worked on multi-scale computer simulation methods for nano-engineering applications. He was awarded his PhD in 2009.

He then moved to the University of Nottingham, where he worked with Dr Richard Graham on computer modelling of flow-induced nucleation of polymer melts. This work involved a wide range of computational techniques, from molecular dynamics (MD) and kinetic Monte Carlo (kMC), to the finite difference and finite element methods. For this project, a fast nucleation algorithm was developed for the kMC simulations of flow-induced nucleation of polymers. This allowed for simulations at experimentally realistic nucleation rates.

In 2013, he moved to Loughborough University to work with Prof. Roger Smith. Here, he worked on MD simulations of nuclear waste glasses, including borosilicate and iron-phosphate glasses. This involved testing many existing inter-atomic potentials, to find the ones that best reproduce experimental measurements of the glass properties. From radiation damage cascade simulations, he found that amorphous glass structures can reconstruct to similar stable amorphous structures on very short timescales, which gives the glass its high resistance to radiation damage.

In 2016, he began work on the “Understanding and Improvement of Graphite for Nuclear Fission” (UNIGRAF) project with Prof. Roger Smith and Dr Houzheng Wu. This work began with the fitting of a new ReaxFF inter-atomic potential for graphite. This fitting closely reproduces DFT results for defects in graphite, allowing for MD simulations of much larger length and timescales than DFT. Guided by the experimental observations by Dr Benjamin Maerz and Dr Houzheng Wu, the project focused on understanding the mesoscale structures that form during the preparation and irradiation of nuclear graphite.

He began his new role as a lecturer in Chemistry at Loughborough University in October 2017.

I have experience in simulations of a wide range of materials, from polymers, glasses and graphite.

My current work involves the understanding of nuclear graphite and how it responds to the high dose irradiation it receives in a nuclear reactor.