To date, very little research has addressed junior cricket. One aspect of junior sport which has begun to receive attention is the scaling of the playing environment.

The England and Wales Cricket Board (ECB) recognised that the conventional cricket pitch was disproportionately long for young players and speculated that this was detrimental to player enjoyment and technical development.

A partnership between the University and the ECB examined this hypothesis and made several recommendations which are being widely adopted with positive effects.

A pilot study in 2015 established that shortening the pitch – at both club under-11 and county under-10 standards – had positive effects on the performance of bowlers, batters and fielders.

Further analysis of bowler performance – across various age groups at club and county levels – revealed greater success rates and more variety in bowling during play on the shorter pitch.

Another study demonstrated that the shorter pitch improved the coupling between delivery length and appropriate shot selection. The proportion of back foot shots to short deliveries increased in all groups – significantly so for some. In county matches, there was also an increase in front foot shots to full deliveries.

The findings of these studies were used to calculate the optimum pitch lengths – rounded to whole yards – for the various age groups. 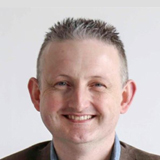 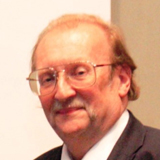