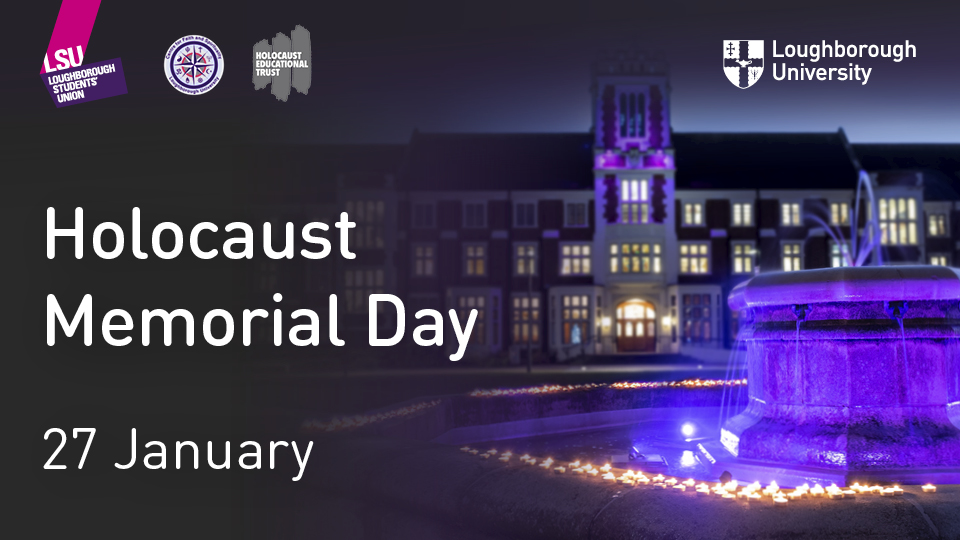 Loughborough University and Loughborough Students’ Union will be holding a programme of events to mark Holocaust Memorial Day on 27 January 2021.

The day is recognised annually across the world to remember the six million Jews that were murdered during the Holocaust, as well as the millions of other people killed from 1933-1945 under the Nazi persecution and in genocides across the world since.

For the second year, the programme will be led by Alejandro Argüelles Bullón, a final-year Sport and Exercise Psychology student at the University and regional ambassador for the Holocaust Educational Trust. He has regularly met with representatives of the University, LSU, and trade unions virtually to organise the online programme.

This year, expect compelling and thought-provoking lectures, creative and collaborative workshops, as well as a memorial service to remember those who were killed. All of the events are open to staff and students at the University, and members of the general public are also welcome to attend the sessions which will take place via MS Teams.

The full programme is as follows:

More information about each of the events – including booking information – can be found by clicking on the individual links above. Attendees are encouraged to join the session a few minutes before the starting time to speak with the presenters.

Talking about the programme, Alejandro commented: "This year, we will continue all the amazing work from last year by continuing to remember, educate and learn about the atrocities of the past. In a year that has brought many difficulties, we have also seen that racism and hatred have been far from vanished from society. It is now more important than ever to learn from the past for a better future.”