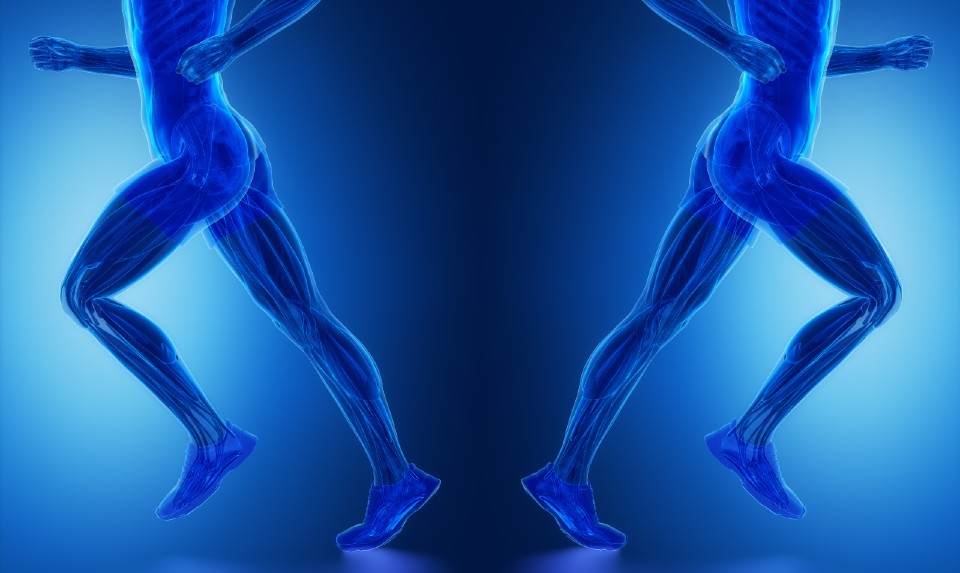 A Loughborough University study examining the muscle size of elite sprinters has revealed a large gluteus maximus (the muscle that forms the backside) is key to achieving top speeds on the track.

Rob Miller, a PhD student at Loughborough University and a strength and conditioning coach with British Athletics, and Professor Jonathan Folland, an expert in neuromuscular performance, studied the muscle anatomy of 100m track sprinters to find out if the size of specific leg muscles differed between elite sprinters (with an average personal best of 9.99s), good – or ‘sub-elite’ – sprinters, and healthy, untrained men.

To achieve this, the School of Sport, Health and Exercise Sciences researchers used a magnetic resonance imaging (MRI) scanner at the National Centre for Sport and Exercise Medicine on the Loughborough campus to measure the size of 23 lower body muscles in 42 men (five elite sprinters, 26 sub-elite, and 11 untrained men).

The study, in collaboration with British Athletics, is particularly unique as it used “a larger and faster group of sprinters than ever before and with more rigorous measures of muscle anatomy”.

The team found that though the top sprinters were generally more muscular, they had a very specific pattern to their muscularity.

Some muscles in the elite group were far bigger than those of the untrained men and, more interestingly, also bigger than the sub-elite sprinters – for example, there was a 32% size difference in hip extensor muscles (the group of muscles that extend the hip joint) between the elite and sub-elite runners.

However, there were other muscle groups, such as the plantar flexors (calf muscles), that were of similar size in elite and sub-elite sprinters.

When looking at individual muscles, the gluteus maximus and its size was found to be key for achieving fast speeds. 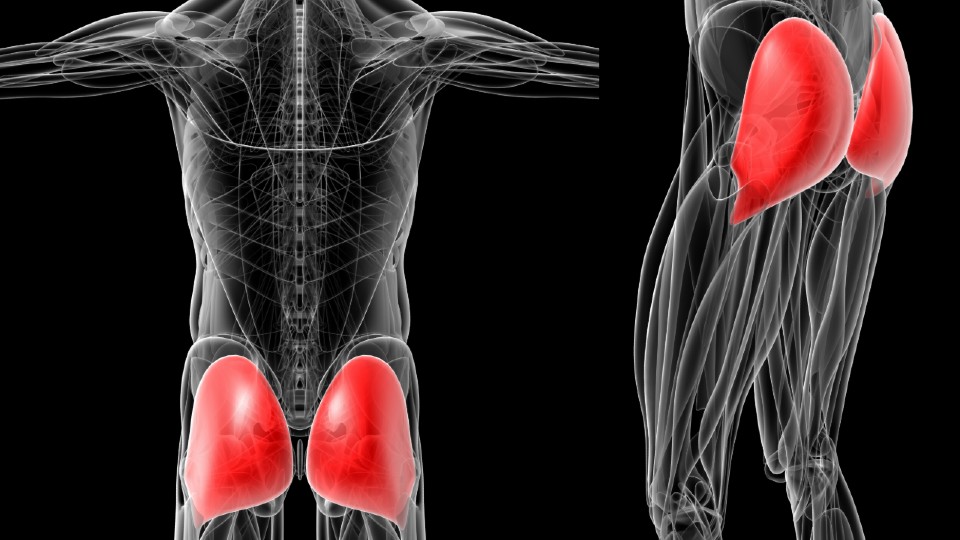 Amongst all the sprinters (elite and sub-elite) there was variability in performance with 100m personal bests that ranged from 9.91 to 11.25 seconds.

The researchers found 44% of this variability in performance was explained by the size of the gluteus maximus and that this muscle was 45% bigger in elite sprinters than sub-elite sprinters.

Of the importance of this finding, Professor Folland said: “This is surprising because sprinting is thought to be influenced by many factors – technique, psychology, nutrition, anatomy of other structures – so to find a single muscle that alone seems so important, explaining nearly half the variability, is remarkable.

“It appears that muscle size is more important for fast running than we thought and especially the size of the hip extensors and gluteus maximus.”

The picture shows MRI scan images through the pelvis and both hip joints of three different study participants (an elite sprinter, a sub-elite sprinter and an untrained, healthy man (known as a ‘control’)) with the hip muscles highlighted in different colours. The two grey circles in each image are the head of the femur in the hip joint. The greater size of the hip muscles and especially the gluteus maximus (in orange) according to sprint ability is clearly visible.

Professor Folland continued: “The logical implication is that with a larger gluteus maximus the runner will be able to generate more power and therefore greater sprint speed.

“Thus, increasing the size of the gluteus maximus in particular, as well as the other hip extensor muscles, would be expected to improve sprint performance.”

It has previously been unclear which specific muscles are important in sprint performance, so the new research, which has been published in the journal Medicine & Science in Sports & Exercise, has the potential to revolutionise the physical training and performance of athletes.

Rob Miller, the first author of the paper which is titled ‘The Muscle Morphology of Elite Sprint Running’, commented: “I believe this line of research has the potential to have a significant impact on coaches and practitioners working with elite level sprinters - it is unusual to find research on truly elite athletes, and it's exciting to have found specific characteristics that seem to differentiate between the good and very good.”

The team are now building on this research with a study focused on female sprinters. They are also collecting data for a comparison of muscle anatomy of runners competing over different distances i.e. sprinters vs middle distance vs long-distance.