Exercise in the 16th century: Historical workouts for body and soul 2 January 2020 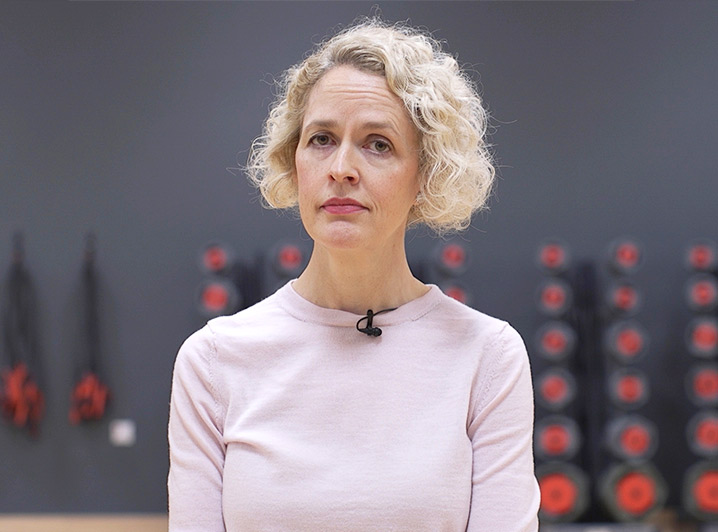 Dr Joan Fitzpatrick reveals how our ancestors may have exercised.

In a bid to help you start 2020 right and feel less guilty about over-indulging this Christmas, Dr Joan Fitzpatrick, a Senior Lecturer in English at Loughborough University, has shared some workout advice…from the 16th century.

From the familiar, such as playing football and running, to the not-so-familiar, like pretend combat on horseback, throwing spears and exercising your lungs by crying – our forefathers’ tips and tricks for staying in shape have been revealed.

“Physical exercise is key to a healthy body and healthy mind and, like us, our early modern ancestors understood the importance of being active”, says Dr Fitzpatrick.

“Early Modern dietaries advised readers how to be healthy via a good diet, sleep, purges, and breathing good air.

“They also emphasised the value of regular exercise, though some of their suggestions are a little quirky and have got lost in history – possibly for good reason!”

Dr Fitzpatrick has explored the advice given in ‘The Castle of Health’, a popular and influential dietary written by Sir Thomas Elyot, the English diplomat and scholar.

First published around 1537, the book looked to educate those who could not understand Greek or Latin on medicine and health and it includes the sort of exercise regimes recommended at the time.

Like health professionals today, Elyot appreciated that people have different fitness levels and requirements, though, in line with early modern medicine, he placed a heavy focus on personality types.

Four categories of exercise are outlined in The Castle of Health with activities recommended in each section:

The ‘strong or violent exercises’ listed in The Castle of Health are: 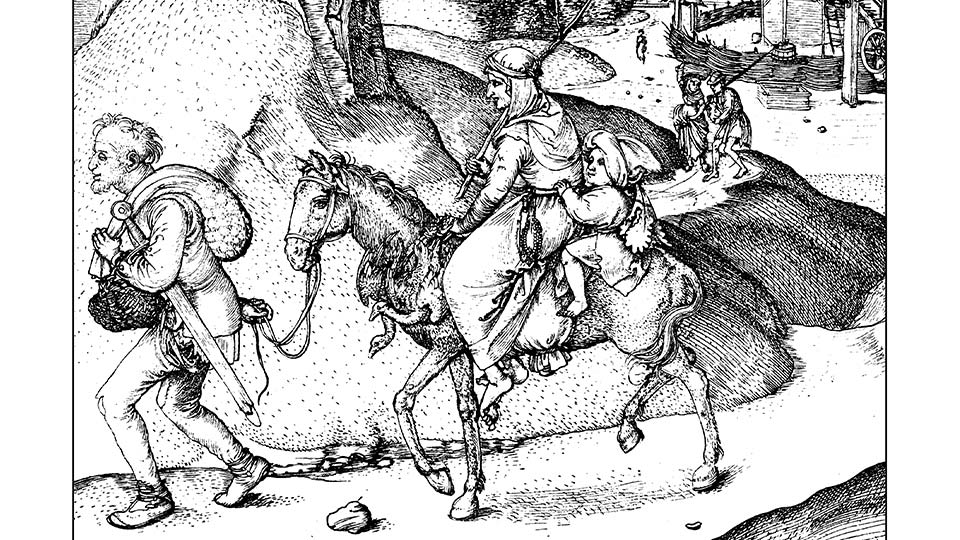 Dr Fitzpatrick said: “Elyot also includes wrestling in this category, which is especially 'violent' for the weaker of the two wrestlers, adding that these exercises are ‘only for young men which be inclined or be apt to the wars’.

“He also observes that this category of exercise is suitable for those with ‘moist bodies’ and those who ‘live in idleness’.

“According to humoral theory [a historic model for the workings of the human body], this means those of the ‘phlegmatic’ or ‘sanguine’ personality type – which can be interpreted as ‘fat and slow to learn’ or ‘fat and passionate’, respectively.”

“Elyot does not specify who these exercises are aimed at, but they are presumably suitable for those who do not have 'moist bodies’ or 'live in idleness', indicating those of the ‘choleric’ or ‘melancholic’ personality type”, said Dr Fitzpatrick. 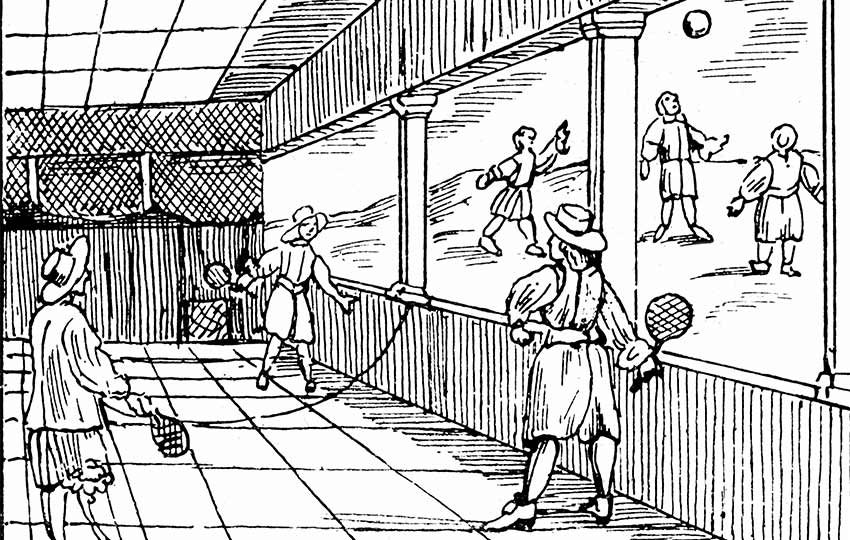 Tennis or throwing of the ball are suggested swift exercises. Image courtesy of Getty Images.

“Vehement exercise is violent and swift exercise combined”, explained Dr Fitzpatrick, “Elyot seems to suggest that this type of exercise is suitable for those who can cope with both intensive and fast movement, presumably those who were not too overweight.”

Exercises in this category include: 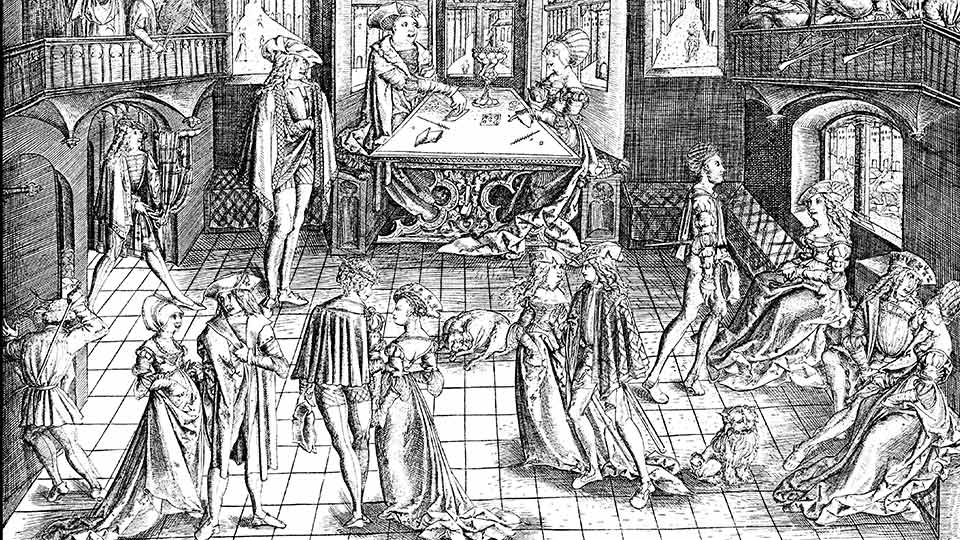 A drawing of a Bavarian ball. Perhaps the attendees danced the galliards and attempted the risqué ‘volta’ step. Image courtesy of Getty Images.

“These exercises would have suited all personality types, especially those who had recently participated in strenuous exercise and needed something a bit gentler.

“Walking would be suitable for those less able to undertake more strenuous exercise, for example, the elderly or infirm.”

Elyot also recommended exercises for specific parts of the body. He advised: 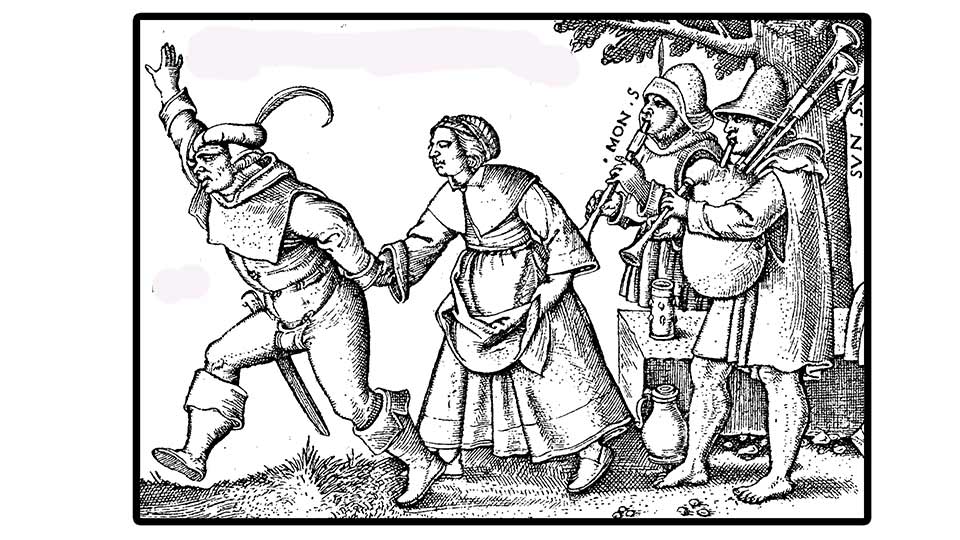 Men blowing into ‘instruments which do require much wind’. Image courtesy of Getty Images.

Dr Fitzpatrick, who is the author of ‘Three Sixteenth-Century Dietaries: A Critical Edition’, said of the exercises and their place in today’s society: “Elyot clearly understood the different exercise needs of different physical types.

“Although our early modern ancestors were wrong to believe that exercise should be considered in terms of the medieval humoral model of how the body and mind worked, they were, of course, right that exercise contributes to physical and mental health.

“I’m not an athlete or a physical trainer, but even I can see that while some of the exercises recommended by Elyot are clearly historical – for example playing with spears – most are still relevant and eminently do-able.

“Anyone who does not have a garden with a heavy, clay soil in which to dig this spring might consider doing some of the other exercises recommended by Elyot.

“Perhaps the New Year is a good time to take up wrestling!”

And what would our ancestors have thought of the one-month booze-free challenge many of us embark on at the start of the year?

Dr Fitzpatrick said: “In the 16th century they wouldn’t have approved of Dry January because they didn’t approve of excess either way - either drinking far too much, which they would have considered gluttony, and therefore a sin, or stopping drinking altogether as they found it rather sanctimonious.

“They really did emphasis moderation so a middle-way and drinking a moderate amount would have been best for health – so I’m heading down the pub!”

Arts and cultureHistorySportResearchUniversityHealth and medicine