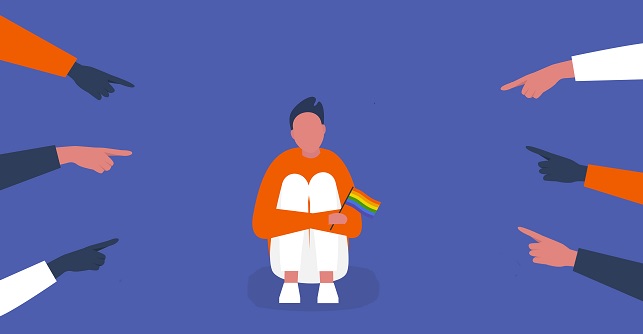 A couple of days ago I was on the phone with Rajesh, a friend of mine (not his real name). Rajesh, 25, has just had to move back in with his parents. They had thrown him out of the house in Birmingham on learning he was gay.

Despite a move to London, the job he had started no longer exists and with difficulty finding accommodation since the COVID-19 lockdown he has reluctantly had to move back, a situation he describes as “dire”. Rajesh’s story is far from unique.

Many LGBTQ people are being forced to move back into unsafe domestic spaces. Charities such as the Albert Kennedy Trust recently advised young people to “press pause” on coming out “until you get support”. While the crisis has raised significant concerns for everyone, it has brought additional barriers for LGBTQ people, especially those coming from BAME backgrounds who face disproportionate levels of homelessness. Insecure employment brings further levels of marginalisation.

The crisis has created an unprecedented situation which has seen many LGBT people isolated without any support structures. Several BAME LGBTQ people I have spoken to in the last few days have told me of their dread at having to move away from their families of choice – and sometimes back into old, hostile situations – as they are forced into isolation. LGBT people are significantly more susceptible to mental health issues due to discrimination and inequalities. This is only exacerbated through social isolation...

Dr Rohit K Dasgupta, a Senior Lecturer in Global Communications and Development at Loughborough University London, discusses how the Coronavirus lockdown is resulting in LGBTQ people facing hostility and loneliness in the Conversation.