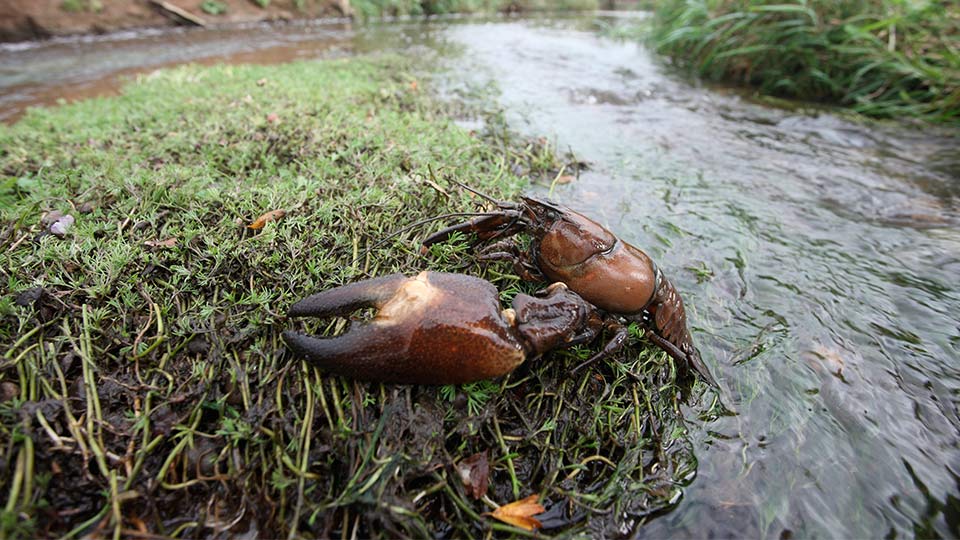 What shapes a river? People typically imagine large-scale processes such as storms and floods or human modifications like dams or fortified banks.

But the shape of our rivers today is also a result of the cumulative impact of millions of tiny invertebrates, often small enough that most people don’t even notice them.

“Zoogeomorphology” is the study of how animals affect their physical environment, such as by moving sediment or modifying the habitat.

The zoogeomorphic effects of larger organisms are easily seen. For example, when a beaver builds a dam it retains water, creating diverse wetlands upstream and sometimes helping to reduce flooding downstream.

Fish also alter the river, turning over gravels while feeding and spawning.

The individual impacts of invertebrates are much smaller but, collectively, they can make a big difference.

Charles Darwin recognised this as early as 1881 in his snappy-titled “The Formation of Vegetable Mould through the Action of Worms, with Observations on their Habits”, and the same is true in rivers.

This army of small engineers is changing river environments, and we are part of a research group that is working out exactly how.

Here are three small creatures we already know are having a big impact...

Loughborough University PhD Researchers Richard Mason and Harry Sanders, of the School of Social Sciences and Humanities, discuss signal crayfish and more in the Conversation. Read the full article here.